Insider Tips for African Americans Looking to Purchase a Home

Whether it’s finding a home in a neighborhood they like, affording the home they want, or obtaining financing, African American homebuyers have a more onerous time in the home-buying process than their white counterparts, according to a new report. 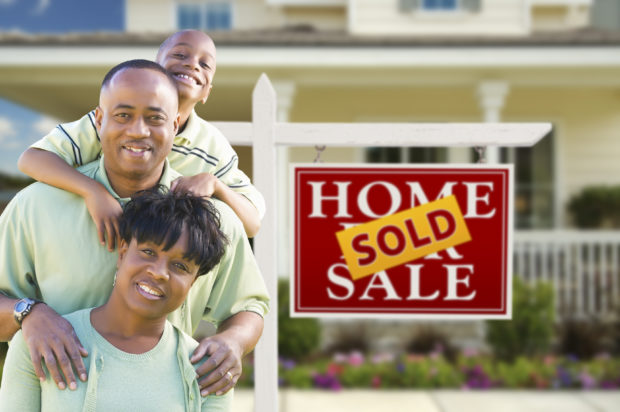 The Challenges for Black Home Buyers

African American and Hispanic homebuyers are roughly twice as likely to be rejected on a pre-approval loan application than whites. Black and Hispanic buyers have a much more difficult time navigating through all aspects of mortgage financing than any other group.

The overall Zillow survey for this year collected data from 13,125 key household decision-makers who self-identified in different consumer groups in recent months. One of those groups, buyers, included 2,965 respondents. Among the findings:

-Forty-three percent of Caucasian/white buyers are satisfied with the entire home-buying process and wouldn’t change a thing. That compared with 37% of African American/black buyers, 33% of Asian/Pacific Islander buyers, and 25% of Hispanic/Latino buyers.

-Eighty-four percent of African Americans and 86% of Hispanics apply for pre-approval home loans, versus 80% for white buyers. Though they try to gain a mortgage ahead of purchase time and be competitive buyers, the pre-approval denial rate for blacks is 6% and 5% for Hispanics. Only 3% of white buyers were not able to have their pre-approval applications approved.

Home-buying Is a Path to Multigenerational Wealth

Skylar Olsen, a senior economist for Zillow, told Black Enterprise by email that there’s been a persistent gap between the homeownership rates of white and black people for more than 100 years. She says African Americans are less likely to own, and much of that is driven by pervasive gaps in other economic measures, like education and income.
Olsen added homebuying is a path to multigenerational wealth, so past discriminatory practices are still affecting homebuyers today. If your parents’ or grandparents’ generation didn’t have access to a mortgage or a neighborhood, then that will make it harder for you to buy a home today.

She says Zillow research shows that about 25% of first-time homebuyers rely on a gift from friends or family in order to make a down payment. “We find that that strategy isn’t available to lower-income Americans whose communities can’t afford to offer that kind of support.”

Another possible reason that can’t be ruled out is the role that discrimination plays in the disparity between white homeowners and homeowners of color.

In competitive markets, sellers could have multiple qualified buyers, and at the end of the day, they choose one. It’s a popular tip, in a bidding war, to send a photo of your family to help persuade sellers you’re the right buyer.

“If you don’t look like the seller, that personal connection could be harder to solidify,” Olsen says.

Here are some tips Olsen offered to first-time homebuyers—often people of color—to boost their chances of getting approved for a home mortgage:

Be realistic with your budget

Once you set it, stick to it: first-time homebuyers are more likely to exceed their budget than repeat buyers (32% vs 27%). Before you meet with a lender to determine how much mortgage you’ll be approved for, take a good look at your individual finances and spending preferences to determine the monthly payment range that you feel you can comfortably afford. Use Zillow’s mortgage calculator to help with the math.

Poor credit is easily the most common reason why one might be denied a mortgage. Building your credit history—or recovering from a few mistakes—takes much longer than most realize. While little mistakes such as forgetting to pay your credit card on time here and there or raking up a bit too much debt on a card feel like they shouldn’t be a big deal, they are. Blemishes stay on your credit report for seven years.

Get your financing squared away early

Plan to meet a few lenders four to six months ahead of when you’re planning to buy to ensure you can make a competitive offer quickly when you find your dream home. Some 79% of buyers get pre-approved, meaning 79% get pre-approval from a lender before finding a home in which they are interested in placing an offer.

Prospective homebuyers should think twice before making any big changes or large purchases. Mortgage lenders value a stable work history and changing jobs before or during the loan process can raise red flags from a qualification perspective. Major purchases and new lines of credit can also cause hurdles when qualifying for a home loan.

Find an agent with a winning track record.

Seventy-four percent of today’s buyers have an agent on their side. Take the time to find an agent who has expertise in fast negotiation, leveraging escalation clauses, and winning bidding wars.

Additionally, only 47% of millennial buyers got the first home on which they made an offer, demonstrating that competition is now part of the process. Use search tools, like Zillow’s Agent Finder, to choose an agent based on sales and listing activity, areas of expertise, and reputation.