To Quit Or Not to Quit? Dissecting the Impact of The Great Resignation 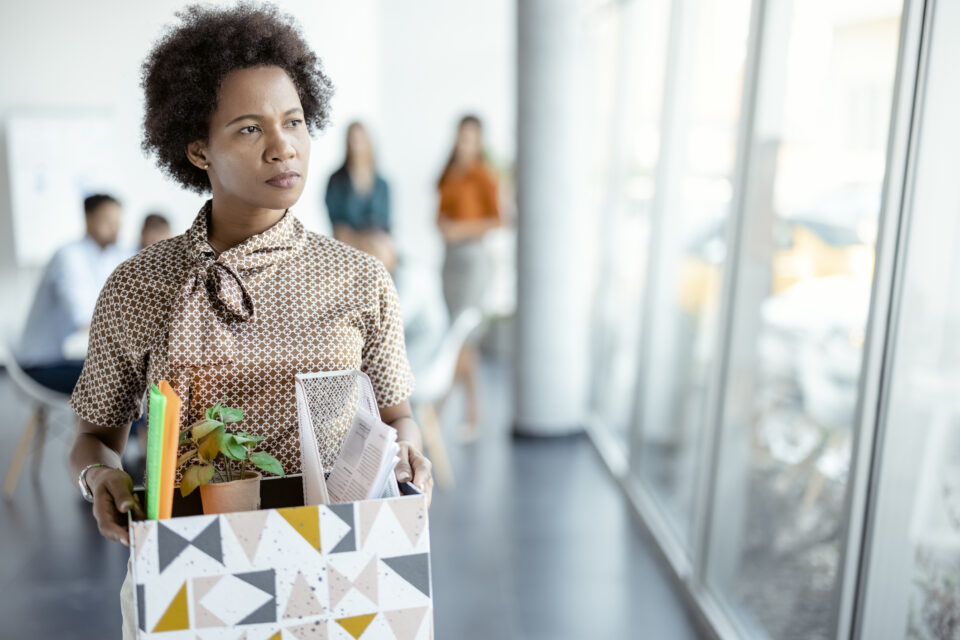 The coronavirus pandemic has caused and continues to cause drastic changes in what was once considered normal everyday life. Among the changes is the way people work and make a living.

A typical work week looks extremely different today than it did two years ago. As COVID continues to plague the globe, more and more professionals are opting for more remote careers. While safety concerns are, of course, at the forefront for why many would rather work from home, it’s also a time whern workers are quitting their jobs to pursue careers that align with their natural passions.

“Retail sectors and hospitality sectors. It may not just be worth it for some folks. And so in some cases people are quitting and they’re not yet returning. They’re taking a break. Americans are burnt out. I like to think of it as it’s a, “Take this job and shove it,” measure. It’s just a sign of people saying, “You know, I don’t need this.”

After stepping fully into her entrepreneurial endeavors in early 2021, Mandi Woodruff-Santos started offering career coaching sessions where she learned that 90% of the people who reached out to her were Black women whose goal was to quit their jobs by the end of the year.

One reason Woodruff-Santos discovered as to why Black women were quitting their jobs was the pandemic, which led to mass layoffs and a slower job recovery for Black women. Other issues stemmed from Black women being tired of working hard for unequal pay, exhaustion, lack of executive positions, and the desire to pursue entrepreneurship and side hustles.

Pre-existing issues of workplace discrimination and lack of diversity have resulted in more Black workers quitting their jobs than ever before, Diversity Q reported. Studies show bullying, harassment, and lack of career progression that lead to Black staffers calling it quits and finding work elsewhere.

“People are reassessing. Black people, other minorities, and women are assessing, ‘Is this the right fit for me?’ Can I do better somewhere else?'” HR magazine writer Joanne Courtney told Atlanta Black Star.

Courtney highlighted how the start of the pandemic gave workers time to reassess the lives and careers they wanted for themselves and be bold enough to seek opportunities that met their bottom line instead of the other way around.

“I don’t want to sit in traffic an hour each way every day, I do want to spend time with my family or doing things I enjoy doing,” Courtney said.

But, unfortunately, the luxury of quitting a job to work from home or start a business isn’t something all workers can afford to do. Many people of color in service industry jobs feel stuck because of their financial obligations.

“Everyday I dread going to work,” Theresa (who withheld her last name) told “Insider” last month. “I’m physically and mentally exhausted from not being respected or valued, but I have rent to pay. I have my son’s medical bills. I can’t quit unless I find something better.”

On Tuesday, the Labor Department revealed that the number of people who quit their jobs hit an all-time high in November 2021, USA Today reported. As workers start to demand their worth at work, employers are resorting to higher pay and offering signing bonuses and other perks in an attempt to secure staffers.

According to the MIT Sloan Review, “More than 40% of all employees were thinking about leaving their jobs at the beginning of 2021, and as the year went on, workers quit in unprecedented numbers. Between April and September 2021, more than 24 million American employees left their jobs, an all-time record.”

With an abundance of job openings and higher pay on the table, The Great Resignation has helped to finally put the power into the hands of the workers keeping companies afloat.