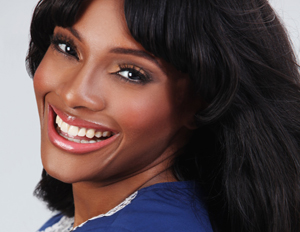 This Cool Jobs is a special feature on the who’s who of Tobago Fashion Weekend.

Tobago often gets overshadowed by Trinidad, its more metropolitan and diverse sister nation, well known for events frequented by millions such as Carnival. However, the Ministry of Trade and Tobago House of Assembly is working with a small group of fashion’s who’s who help put Tobago on the style map. The brainchild of these innovators is Tobago Fashion Weekend, which kicked off this past Memorial Weekend at Pigeon Point Heritage Park. The unique event allowed designers from around the U.S., Caribbean andÂ  UK to showcase and sell their pieces to potential buyers and spectators alike. Black Enterprise was on the scene to witness what planners are projecting to become a global event within the next few years.

Take a look at three key players who are critical in TFW’s success and are Caribbean fashion stars to watch in 2012.

Power: The Tobago native realized he wasn’t as passionate about his initial career in real estate as he had hoped. About six years ago, he decided to switch gears, traveling to cities including Los Angeles and New York to learn the ins and outs of the fashion business. He would eventually build experience in fashion and began working with Trinidad Fashion Week. In 2010, he was enlisted by the Ministry of Tourism to help produce Tobago Fashion Weekend, which launched in 2011.

Passion: “What’s unique about the whole entire production is that Tobagoains are going to be exposed to something that’s not the normally part of the culture, [which is] to have fashion shows on the island,” Christmas says.Â  “Where else in the world can you do an open-air fashion show, have people come to enjoy it right on the waterfront and at the same time experience the exposure to international media? The whole concept within itself is to bring Tobagonians on an international level so that we can interact with the rest of the world.â€

Process: While working in real estate, Christmas felt the urge to pursue his true passion: an interest in the world of fashion. “I’m self-taught,” he says. “I walked the streets of California and New York City and learned the business, met the right people and the rest is history.â€

Motivation: “When you want something bad enough you can make anything happen. Our goals for next year is to have more retail opportunities for all the designers with more sponsors; to have more designers–not just local and regional, but international; to have a lot more foreign press, a lot more foreign buyers and more production, so that we can get more exposure, because we have a lot of talented people here.â€

13 Most Successful Black Companies to Watch in 2012

Beyond Demo Day: An Update on TechStars Alumni

FacebookTwitterYoutube
← 13 Most Successful Black Companies to Watch in 2012 ← Beyond Demo Day: An Update on TechStars Alumni
×
'