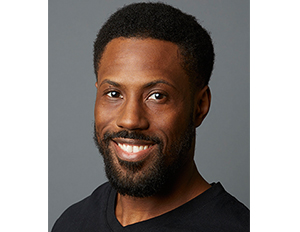 On the heels of the much anticipated launch of Â TV host and author Marc Lamont Hill’s book From Ferguson to Flint,Â its Editor, Todd Hunter, sat down with me a few weeksÂ ago at hisÂ Simon & Schuster office to discuss his passion for making issues discussed in news fodder into bestselling books.Â  We continue the second part of our interview below, whereÂ Hunter shares what he’s looking for and why “fresh and different” excites him more than “tried and true.”

BE: What are some of those unfulfilled niches you’re seeing now that you’d like to fill?

Hunter: Think about Bill Rhoden’s book, Forty Million Dollar Slaves–I believe it’s called–books like that.Â  For me as a young black male, finding that book thatÂ highlights disparities or issues around African Americans in sports, that subject matter has really intrigued me[…] Part of that reason is that there aren’t many black men in publishing, so to be a sort of advocate for the black man in this space feels right to me.Â  REACH: 40 Black Men Speaking on Living, Leading and Succeeding by Ben Jealous and Trabian Shorters, who has a nonprofit called BMe, was one of the first books I edited before being promoted to Editor.

BE: Trabian is one of Black Enterprise’s Modern Men of Achievement 2016.

Hunter: And that was one of the first books I edited. Another thing that is sort of really intriguing to me–and this is a result of being a black man and understanding what’s happening–is criminal justice [and] the prison system.Â  There are so many rich stories that happen in that space for us, which go largely unknown, so to expose some of those [stories] is important.Â  I did a book calledÂ Corruption Officer.

BE: I loved that book! It was hard for me, because it’s graphic– but juicy.Â  It was an autobiography, but it had almost aÂ novel-like flow to it.

Hunter: He’s a good storyteller. It’s important that I be sort of an advocate for him, you know? Because otherwise, that story will never really get out there.

BE: You’re right. I was shocked to see that story be put out by such a big publisher.

Hunter: And then what happens is, you put it out there and see the reception, and you’re like, “Okay–it’s all worthwhile.”

This is why I’m doing this; there are people who get something out of it or who are just entertained and enjoy the story.Â  For me, that’s really fulfilling. It shows that [the] niches that I’m filling are necessary, and there’s a purpose for it.

Hunter: And rarely is the perpetrator seen as vulnerable.Â  Rarely do you have empathy for the perpetrator, despite all the things that happened for that person to commit the crime.Â  Sometimes, it’s important to understand their life story, how they got there, and why they did what they did. These are the kinds of stories that affect our communities. So, for me, it’s like, “Let me tell these stories. Let me do it.Â  Let’s see what happens when it’s out there.”

BE: We talked about race before, particularly in nonfiction. Is there anything in fiction that you look for?

Hunter: Fiction, for me, is tricky.Â  It’s important that there’s some sort of race element in it.Â  It doesn’t necessarily mean that the author is of color.

Being that I’m not as aggressive about it as I once was, I’m now looking to switch gears a little bit and acquire more fiction. I’m actively trying to figure out who’s out there; who has stories to tell. I want something fresh and different. I’m looking for that new writer to sort of debut.

BE: What is that “new writer” like, and how would you describe them?

Hunter: I think someone who takes chances on the page; someone who has a distinct voice.Â  Someone who seems like a go-getter, at the same time, because you need someone who’s willing to promote their book shamelessly; [someone] who just does whatever it takes.

Although, for fiction, you can put out drama. There are a lot of genre books–you have your mysteries, you have romance and such–you just follow those formulas, and they sell.Â  I don’t know if I really want to do that, although it works for the publishing business. It’s kind of what sustains it in many ways.

This interview is a part of the “BE Top Blacks in Publishing” series.Â  Stay tuned for the final part of my interview with Todd Hunter, where we look at how to “break in” without an agent and more.Â To see the first part of this interview, go here.Â

Maryann Reid is the Digital Managing Editor of BlackEnterprise.com and the author of several books published by St. Martin’s Press. For more, please follow her @RealAlphanista.