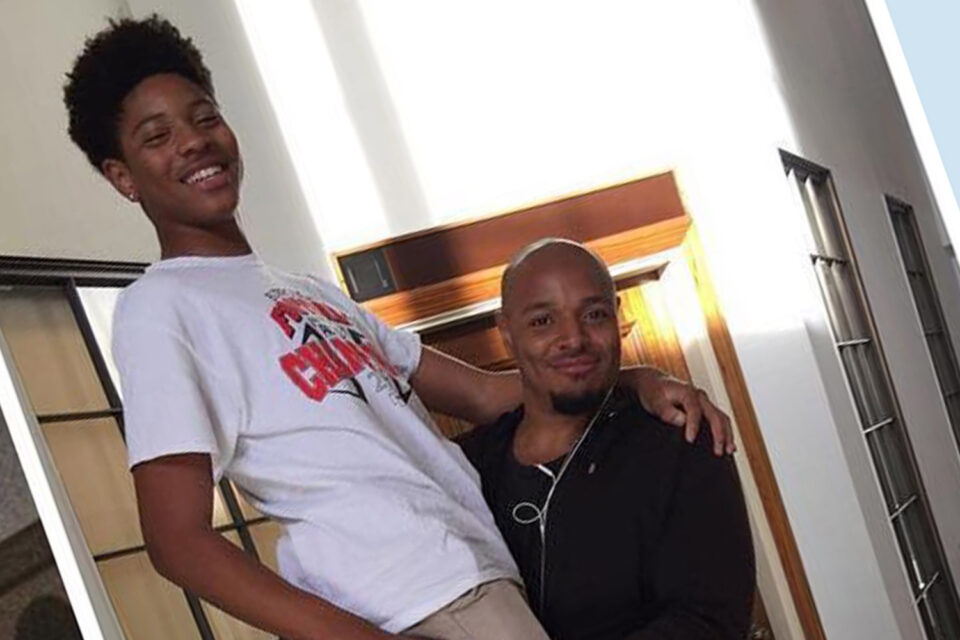 Comedian Tony Baker was spotted back in action less than a year after his son was killed in a car crash in August.

Baker’s recent performance was posted by a fellow comedian who uses the moniker Kevonstage on his Instagram account. In the posted clip, Baker speaks about dealing with his son’s death. Cerain Baker died, along with two others, in a car accident last summer.

Baker spoke about how he wants to talk about his son’s death, but people don’t know how to handle that.

“I be wanting to talk about my son’s death, but everybody be getting tight in the audience.”

He then goes into detail about viewing his son’s cremated ashes. He speaks about being unsure that the ashes in the urn are actually his son’s. “How do I know it’s Cerain in there?”

Joking about the ashes not belonging to his son and going to The Maury Show to find out if the ashes are indeed those of his deceased son. Jokingly saying, in Maury’s voice, “You are NOT the father of these ashes!”

“Listen on this weeks @keepyourdistancecomedy my good friend @tonybaker tells his first jokes after his son passed.”

In August 2021, Baker’s 21-year-old son died in a car crash involving a street race that he was not a part of. He was among two others killed in the fiery Southern California crash. Cerain Baker was riding in a vehicle with 20-year-old Jaiden Johnson and 19-year-old Natalee Moghaddam when they were hit by a driver who’d been street racing around 11:30 p.m., according to NBC 4.

People reported that all died after their car was hit by two other vehicles that appeared to be involved in a street race. The 19-year-old driver reportedly responsible for the crash faces multiple murder charges.

Hamlet Arseni Aghajanyan was arrested and charged with three counts of murder and one count of reckless driving, a report from the Burbank Police Department said. A 17-year-old was also slapped with the same charges and is in a juvenile detention center pending a review of the case.