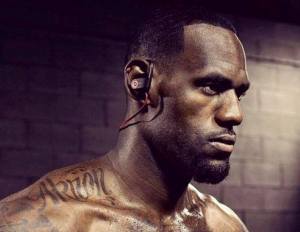 LeBron James, Kevin Durant and Kobe Bryant are the highest-paid NBA players this year. James, who returned to Cleveland Cavaliers after four years with the Miami Heat, will make $64.6 million from salary and endorsements this season, according to Forbes. Â Durant, of Oklahoma City Thunder, moved up two spots to rank second overall with earnings of $54 million. Bryant, of LA Lakers, has earned $49.5 million.

According to Forbes, the incomes of the NBA’s 10 highest earners “rose 3% over the past year to $368 million, including $166 million from endorsements.â€ What’s more, the five NBA franchises in New York, Los Angeles and Chicago are all worth at least $1.5 billion, by Forbes count, and rank among the top six franchises.

Durant and James have been compared endlessly, from who’s better to how they announced their new contracts in 2010 (LeBron: prime time TV special; KD: via Twitter), notes Forbes. They’ve finished one-two in the NBA MVP voting four of the past five years, with James winning the award three times. They rank first and second among active players in career points and minutes per game. Their signature Nike shoes were the two top sellers in 2013 and 2014, states Forbes, and they had the NBA’s best-selling jerseys last season with James on top in both categories.

Here is the roundup of the seven remaining 10 highest-paid players in the NBA: