Top 10 Safest and Most Dangerous Jobs 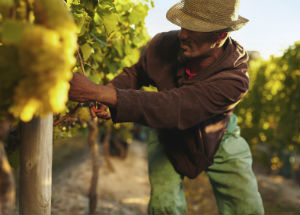 Clearly there are some dangerous jobs out there, but someone has got to do it. Oddly enough, though, there are quite a few jobs that, when initially gauging, don’t seem as if they carry a great risk. However, with closer assessment, many of these jobs can be more dangerous than you realize.

CareerCast has listed the top 10 most dangerous and safest jobs in the United States in 2016, along with how much these jobs may pay, andÂ the likelihood of one thriving in these risky positions. The portal revealed that the most dangerous jobs are also those that are essential to “maintaining the very fabric of American society.â€ These jobs are for the brave–those willing to sacrifice themselves for the well-being and livelihood of others.

To no surprise, construction laborers round the top of the list as the most dangerous. Offering an average salary of about $30,890 a year, construction laborers assist in building structures, and/or cleaning and preparing construction sites. These workers use hand and power tools of all sorts and may dig trenches, perform demolition, handle hazardous materials, transport and set off explosives to tunnel into earth, and a myriad of other potentially dangerous responsibilities.

Jobs that are considered safe are jobs that require low to no physical exertion, minimal travel, lighter working conditions, and low risk of physical incidents.

Topping the safe list is accountant/auditor. Averaging a salary of $67,190/year, accountants generally work in office settings where they prepare and examine financial records. Also, on this list are web developers and mathematicians.

For a full chart of CareerCast’s most dangerous and safest jobs, see below:

For more information on the safest and most dangerous jobs, visit CareerCast.