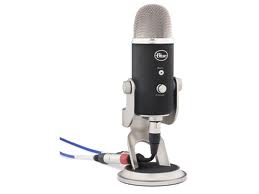 3-D televisions? Video games that use your body as the controller? Movie projectors that fit in your pocket? It all sounds like something we might see on an episode of The Jetsons. But electronics for fun and games weren’t the only things highlighted at the 2011 International Consumer Electronics Show in January. There were plenty of digital technologies that small businesses and working professionals can benefit from too.

Here are some of the best tech products and trends introduced this year:

Yeti Pro by Blue Microphones
More and more bloggers and online professionals are broadcasting via Internet radio and streaming video. The Yeti Pro hails itself as the world’s first high resolution USB microphone and offers four distinct recording patterns for both digital and analog recording. With stereo analog out, the desktop microphones can also be used for more traditional studio environments, such as professional broadcast, podcasting, and home studios.
$249.99

Motorola Xoom
Touch screen tablet PCs are here to stay. The question isn’t whether you’ll need one for your small business, but which kind of operating system will integrate better with your current office products. The Motorola Xoom will be the first device to run Google’s Android 3.0 Honeycomb operating system that was designed with tablets in mind. With a 10.1-inch HD capacitive touch display that supports Adobe Flash, the Xoom is equipped with a dual core processor, each running 1 GHz; and Verizon 4G LTE speeds, meaning Web browsing will be faster and more intuitive than ever.

OnStar
What was once a luxury of GM auto owners has now become an asset for any road warrior withÂ  a vehicle from a major auto manufacturer. The new OnStar retail product comes with all the same features as the factory models, including automatic crash response, turn-by-turn navigation, links to emergency and roadside assistance, and hands-free calling.
$299 plus installation (service plans starting at $18.95 a month or $199 a year)

Samsung Central Station
Imagine moving seamlessly from your desktop to your laptop and back again without connecting or disconnecting any wires, changing any settings, or breaking a sweat. The Samsung Central Station monitor wirelessly transfers data and communicates between a wide range of peripheral devices at USB 3.0 speeds when they are within a one meter radius of a laptop that is connected to a Central Station USB connector. Available in 23- and 27-inch wired and wireless configurations, this 1080p LED-backlit display provides double the workspace when used alongside a connected laptop. This enables the user to work on one project using both displays.

3M Multi-Touch Displays
If you prefer a hands-on approach, consider 3M Multi-Touch Displays. These touch screen monitors can register 20 simultaneous touch events with a 6-millisecond response time. The 23-inch and 32-inch HD displays have a durable glass surface that works with nitrile, latex, and vinyl gloves and are compatible with Windows 7, Windows Vista, Windows XP, and Linux operating systems. They are equipped for off-axis viewing, can rotate several directions for wide-angle viewing, and even lay flat on a table top.

SanDisk Ultra USB Flash Drive with Secure Storage
When it comes to storing your data, USB drives are now as common as wire bound notebooks. But just like a notebook, USB drives are vulnerable to fall into the wrong hands. With SanDisk’s new secure storage drives, your photos, videos, and important files are password protected with 128-bit AES encryption in a private vault on your USB drive. The drives, which come in 8 GB to 32 GB capacities and include additional secure online backup of up to 2 GB, are available in five models.
From $44.99 to $109.99

Sandy Bridge Intel’s New Family of Core Processors
After the 2011 CES, some of the most anticipated laptops and tablet computers will have Intel’s 2nd generation of i3, i5, and i7 mobile core processors, which are nicknamed Sandy Bridge. Sandy Bridge processors contain an innovative micro-architecture on Intel’s newest 32nm (nanometer) process technology, which features vastly improved cores that provide improved data bandwidth, performance, and power efficiency. More than 500 new PCs and laptops will be equipped with these new processors that deliver enhanced visual and graphical features used for viewing and editing high-definition video, mainstream gaming, stereoscopic 3-D, multitasking, and online multimedia.
Pricing varies by laptop and desktop model.

iShred by Black & Decker
The iShred by Black & Decker claims to be the first vertical six sheet crosscut shredder. Limiting access to the blades, the design is intended to make the iShred one of the safest shredders on the market. In addition to shredding credit cards and staples, the iShred claims to be 100% jam free, and the unique fluted bin allows for easy, clean emptying.
$119.99