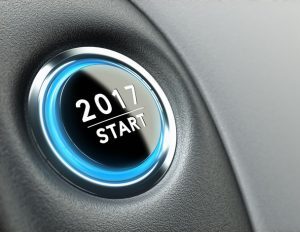 Technology and diversity news dominated a large portion of tech coverage in 2016. Airbnb was criticized after hosts on its platform were caught discriminating against African American guests.

While truly diversifying Silicon Valley remains a goal rather than a reality as 2016 comes to a close, Intel made significant gains in expanding the racial makeup of its workforce.

There was also a strong push to get young people of color coding, particularly girls, thanks to the efforts of those such as Kimberly Bryant, founder of Black Girls Code.

Take a look at some of the biggest technology news stories of the year affecting people of color:

In January, Xerox announced that it was dividing into two companies: an $11 billion document technology company and a $7 billion business process outsourcing company. Ursula Burns, the longtime chair and CEO of Xerox, is the first and only African American to lead a Fortune 500 company and considered one of the most influential business leaders in the world. Many worried that her position was at stake; however, as of today, she remains chair and CEO.

Honoring the Achievements of African American Pioneers in STEM

In 2016, the spotlight shone on African Americans who made significant achievements in science and technology; namely with the release of the movie Hidden Figures. The movie, based on a book of the same name, tells the story of three African American women mathematicians who helped John Glenn became the first American astronaut to make a complete orbit of the Earth, with their incredible calculations. Here are more African Americans from the past and present doing incredible things in STEM, featured inÂ Black Enterprise this year.

There was a big push to get kids of color coding this year, led in part by the remarkable advocacy of Kim Bryant, founder of Black Girls Code (BGC even made a cameo appearance on the Fox TV hit show, Empire.) Â Google hosted #CodedWithLove, as part of its Made with Code initiative to get more girls interested in development. Global enterprise Accenture’s African American Employee Resource Group teamed up with Black Girls Code to host “An Hour of Codeâ€ for girls aged 10-15.

Kathryn Finney, co-founder of digitalundivided released a report that found that only 11 startups led by black women raised more than $1 million in outside funding. Her organization is a social enterprise that develops programs that increase the active participation of urban communities, especially women, in tech. Digitalundivided is set to host its inaugural Demo Day later in January to introduce investors to minority, female tech founders.

Intel Leads the Charge for Diversity and Inclusion in Tech

Intel made significant gains in its mission to diversify. The company exceeded its hiring goal for 2015 and increased diverse hiring by 40% to 43.1%. Hires from underrepresented communities increased by 31%. Additionally, Intel invested $5 million to boost a more diverse tech pipeline and announced the launch of GROW–an employee program to promote personal growth and inclusion.

Nexercise, a D.C.-based technology fitness company, scored the largest tech startup funding in the history of the ABC television show Shark Tank. Co-founders, CEO Ben Young (Black Enterprise’s 2015 Techpreneur of the Year) and COO Gregory Coleman negotiated a deal with ‘shark’ Mark Cuban at 1.5 million for 10% stake in their company.