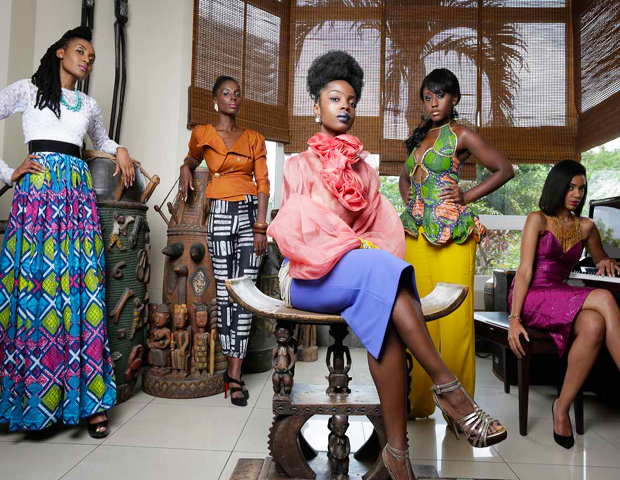 As I’ve said in previous blogs, I’m an avid fan and watcher of TV and Youtube shows. From international news to rockumentaries to indy comedies to ratchet reality, I like to peruse it all. Some I love, some I side-eye and others I refuse to continue watching, but television is a big part of my leisure time.

Besides the usual suspects, check out six standouts to inspire and intrigue—or at least provide that much-needed mental escape from the pressures of work:

Jobs That Don’t Suck: Any show that highlights professionals living happily—and wealthy—with gigs they love is a winner in my book. (And a little slapstick humor doesn’t hurt either.) This half-hour MTV2 comedy is slated to “help you find your dream job, by revealing how people — just like you — found theirs.” Each week, actor-comedians Andrew Schulz, Eddie Huang and Nessa guide viewers through innovative ways that young professionals are monetizing their purpose and doing jobs they love—from millionaire entrepreneurs to inventors and app developers to enterprising teens who have found tremendous success. The show premiers this month.

This is Hot 97: When there were talks about this, I initially thought it would be yet another reality show full of bleeps, catfights and ratchet drama, but I was pleasantly surprised after watching last night’s premiere, featuring the cast of one of the top radio stations in the world. The first episode of this 30-minute, unscripted comedy featured cameos from top artists Macklemore and Kanye West and went behind the scenes at a station that has had it’s professional ups and scandalous downs. Viewers get to see the ambition, interaction and legacies of top Djs and talk show hosts and more cameos from the who’s who of hip hop including Rick Ross, Mack Wilds, Wale and many more. What I loved most about it was the interactions between staff members and the nods to behind-the-scenes issues and antics of working in the media biz—many of which I can personally relate to in my work experiences past and present.

Mad Men is an award-winning drama set at a ficticious New York City ad agency in the ’60s called Sterling Cooper & Partners). I love following the work and personal lives of the staff, and though the show is set in yesteryear, it’s amazing to see that there are universal workplace issues that are still relevant today (from office romances and sex scandals, to gender and racial discrimination, to corporate buyouts and positioning.) The final season is set to begin April 13, with quite a few twists and turns both professionally and personally for the series’ focal character, Don Draper, as well as the rest of the cast.

An African City: I’m a big advocate of minority professionals—-especially African-Americans—spreading their career wings globally, enriching not only their lives but their career collateral. So, when I came across this Youtube series via Twitter, I became enamored with it. Created by Nicole Amarteifio and executive produced by Millie Monyo, the series centers around five professional African women as they navigate life as diasporans returning to Ghana to live and work. They find comradery and relief in one another, often discussing the challenges, shinanigans and winning moments of transitioning from the U.S. and U.K to Africa. Each show includes hilariously relatable insights on finding love, building a career and doing business on the continent.

Untitled K.Michelle Project: I’ve loved K. Michelle since before any tables were shook or candles were thrown. The singer-songwriter has come almost full circle, overcoming industry challenges, cleaning up her combative image, selling out arenas and releasing a top-selling album since becoming a breakout star on hit VH1 franchise, Love & Hip Hop. I think we’ve all had those moments in our career where we’ve had to upgrade, reevaluate and mature, so I respect such a talented artist’s journey to publicly do so.

Now, the songstress will be the focal point of a solo show, highlighting her career journey in her new stomping grounds, New York City. Cameras will follow as she “learns to balance life, relationships, and bona-fide superstardom with the help of a dynamic group of friends.” If the biggest—and only—career lesson you glean from this show is one about proper positioning and riding an opportunity until the wheels fall off, I think you’ve learned a big one.

Unsung Hollywood premiered Feb 26 highlighting the boss moves and professional journey of actress Pam Grier. This hour-long TV One music documentary tells the stories of amazing stars of film who may not have gotten the shine or recognition they duly deserve in today’s pop culture mentions. Other feature subjects include Flip Wilson, Robin Harris, Kadeem Hardison, Dick Gregory, and each show incorporates testimonies from music industry insiders, friends, family, and contemporaries from their heyday. What I really love about this series is that it appeals to my love of biographies and the underdog. I also love themes of reinvention, perseverance, radical go-getting and black history that should inspire today’s leaders in any industry to keep pressing toward their dreams and stay away from the negative distractions that can steal those dreams.

What TV shows do you love that have career or business themes? #Soundoff and follow me on Twitter @JPHazelwood.