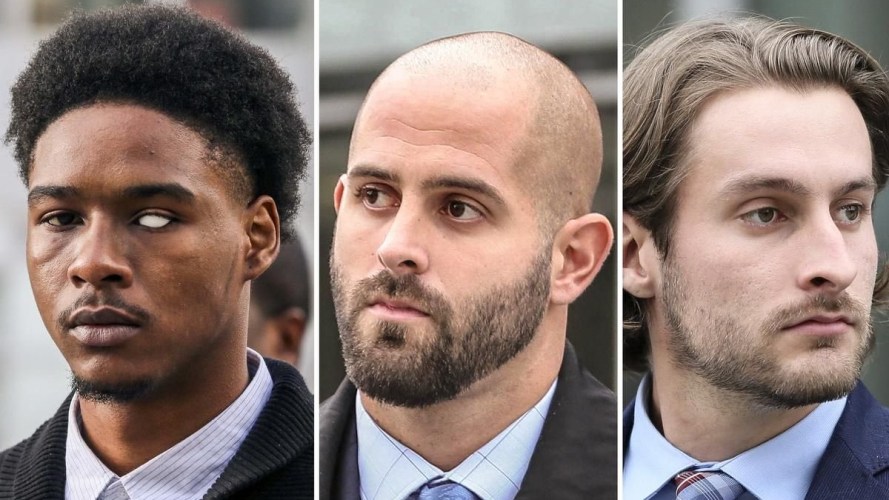 A Toronto police officer, who was arrested several years ago for beating a young Black man who ended up losing his eye, has been found guilty of assault, according to The Associated Press.

Constable Michael Theriault, who was off duty at the time of the incident, and his brother, Christian, chased down Dafonte Miller and cornered the man, who was 19 at the time of the beating. The brothers caught him between two homes in Whitby, Ontario, and beat him so severely with a pipe that his left eye burst, according to prosecutors. The incident took place on Dec. 28, 2016.

The Theriault brothers each pleaded not guilty to aggravated assault and obstruction of justice but the judge in the case convicted the police officer and acquitted his brother last week.

After the verdict was announced by Ontario Superior Court Justice Joseph Di Luca, Miller thanked the community for its support.

“Now an officer has been held accountable to some extent,” Miller said. “There’s a lot of people in my position who don’t get the same backing that I got.”

Julian Falconer, who represented Miller, said his client seemed to be as much on trial as the Theriault brothers. He stated that his client didn’t deserve to have a steel pipe used against him or to lose his eye.

“How did it happen that a person who suffers catastrophic injuries—his left eyeball on the hood of a car, parts of his eye actually leaking on to the hood of the car—at the hands of two people who had no visible injuries whatsoever could up the subject of multiple criminal counts without any members of the Durham service questioning it?” Falconer said.

Falconer claimed the assault was a cover-up because the Durham police and Toronto police didn’t contact internal affairs. He urged a federal inquiry into police beatings of Black and Indigenous Canadians.

“This is not an isolated incident. This is not about one bad apple. This is happening across North America,” Falconer said. “It is a systemic chronic problem.”

Justice Di Luca said he was mindful of the social context surrounding the case. The case, and others like it, “raise significant issues involving race and policing that should be further examined,” he said.