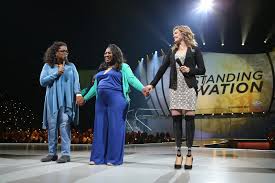 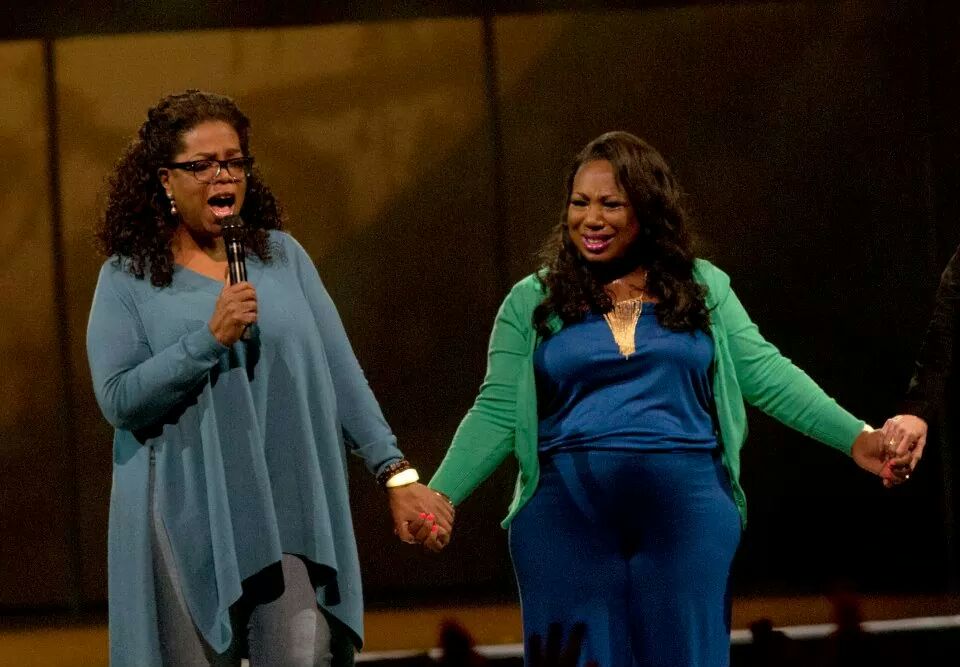 The city of Camden, New Jersey, may have a high school graduation rate of only 49%, but Tawanda Jones can boast that the students of her Camden Sophisticated Sisters Drill Team have a 100% high school graduation rate, since the inception of the program 28 years ago. Jones and CSS received Toyota’s Standing Ovation Award, which was presented during Oprah’s Live The Life You Want Tour in Newark, New Jersey.

Winfrey, along with Paralympic skier Amy Purdy, presented CSS with a $25,000 donation on behalf of Toyota. As an audience of more than 11,000 stood and applauded Jones’s willingness to devote her life to help the children of Camden, an audience member announced that she wanted to assist CSS by matching Toyota’s donation with another $25,000 contribution.

Camden has often been referred to as a war zone; it has the country’s highest crime rate, according to Congressional Quarterly. It is one of the poorest cities in the U.S. with a poverty rate of 42%. It is also one of the most dangerous, with the highest per capita violent crime rate in the nation.

Winfrey says Jones deserves a standing ovation because CSSÂ  is a safe haven for the city’s youth. Jones says that CSS is a life-saving 501(c)(3) nonprofit organization disguised as a drill team and a drumline. “Kids and their families come to us thirsting for the discipline, purpose, and positive accomplishments that step dancing and drum corps provide.â€

Jones is the 41-year-old founder and CEO of CSS. A Camden native, she was a teenage mother at 15 who was challenged by her grandfather to make a difference in the community. Almost three decades later she is a mentor to 323 young men and women; some 200 other youth are on a wait list. Every member is required to perform about 200 hours of community service a year, maintain at least a C average, and come to every practice on time.

There is still hope for this city and for our youth, says Jones, who is expecting her fourth child and runs the organization with her husband. Jones says that the funds awarded at the Live The Life You Want Tour will be used to finance a new facility, especially given the number of youth on the waiting list. The group currently practices in an old water tower.

Jones sat down with BlackEnterprise.com during a roundtable discussion after the tour to share some insights about CSS.

“I started this organization when I was 15 years old. We just became a 501(c) (3) approximately two months ago. It took us forever. Once God started moving [roadblocks] out of the way, great things started happening.â€

When obstacles come up against you, says Jones, “you have to put on the armor of God and stand tall. You have to have faith. You can’t save all the kids but you have to try.â€

She added the element of the drum to make it easier to teach the children tap, ballet, and contemporary dance. “Dance gives you that discipline that you really need in life. That is why we have rules like being on time. I’ve been dancing since I was 3 years old. Dance makes you a well-rounded person,â€ adds Jones noting that her kids performed on ABC’s Dancing with the Stars. A shinning moment.

The kids are age 3 to college years. So Jones is dealing with a lot of teenagers. She will intervene when needed to work with her students’ teachers, guidance counselors, and school principals to help them stay on the right track. “We need to be present as a community helping kids and being that village that they need. Everyone needs to get involved to help save these kids.

“You have to love what you are doing, because then it is not work. You can keep going. Whatever your vision is, maintain that tunnel vision. Keep negativity outside of that tunnel. Knowing that at the end of every tunnel there is a light. And just keep on your path.”