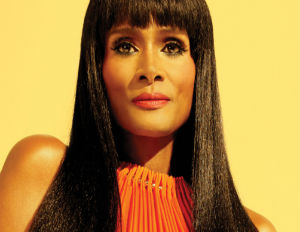 At the age of 63, 1970s model Tracey Norman is strikingly gorgeous, with deep-brown skin and long dark hair. But she has kept a big secret for a long time. Throughout the ’70s, Norman was the face of Clairol’s ‘Born Beautiful’ hair color line, for the Dark Auburn color, Box 512, and became an instant inspiration for thousands of women of color.

Now, Norman is revealing the truth. The former model revealed to The Cut what it was like to be a black model in the ’70s, as well as her huge revelation– that she was actually transgender. During the interview, Tracey said for as long as she could remember she felt like she was a female. “It just seemed like I was living in the wrong body. I always felt female,” she stated. After graduating high school, Tracey said she finally felt like she was who she was meant to be.

Norman broke into the fashion industry and had her big break in 1975, booking a big-time two-day photo shoot with Italian Vogue. After the shoot wrapped, the modeling agency signed her, and her career escalated to the next level. Norman spent her career traveling the country for photo shoots, additionally working with Essence magazine. To live openly as a black transgender woman 40 years ago just wasn’t heard of. Today, Norman courageously shares what being a trans model is like, in a time where the LGBT community is becoming more culturally acceptable.

“I Made History & I Deserve To Have It Printed” Trans Model Tracey Norman Talks About Passing In Fashion Industry https://t.co/Q529iZvlVV