How to Track the 2012 London Olympics - Black Enterprise 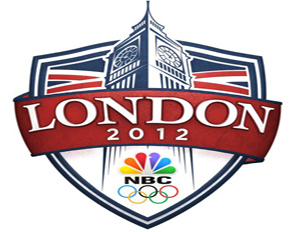 With more than 5,000 hours of Olympic coverage scheduled on NBC, including the company’s cable networks like MSNBC, CNBC, Bravo and Telemundo, will traditional media take a back seat to social media this go around?

If you’re wondering how you can tune into the Olympics via social media, I have aggregated a complete list, including details about the Summer Games’ social media hub–a compilation of all things related to the Olympics and social media, for your viewing. One thing’s for sure, you can expect an explosion of online content over the next few weeks.

The International Olympic Committee (IOC) has created a social media hub that enables people worldwide to discover and follow every Olympic event, as well as all the Olympic athletes.Â  Check out these sites and stay abreast of the latest Olympic news:

NBC Olympic Live Stream– http://www.nbcolympics.com (With the exception of the opening and closing ceremonies)

The integration of the most popular social platforms will allow you to experience the games and create an engaging social experience.

(Note: The Faces of Olympians is a partnership with Instagram, and photos of Olympic athletes are posted to the Tumblr blog.)

The Olympic Athletes’ Hub will aggregate the Twitter and Facebook activity of Olympic athletes such as LeBron James , Kobe Bryant, and Hope Solo, among others.Â  This hub will also allow users to share links of the athletes’ social media pages.Â  The spotlight many athletes have been thrust into, thanks in part to social media, has been a source of concern for many–athletes and trainers alike.

Athletes sharing their thoughts online is a great concern.Â  One Olympic athlete, Greek triple jumper Voula Papachristou, has already been banished from the Olympic Games for sending a tasteless tweet: “With so many Africans in Greece, the West Nile mosquitoes will be getting home food!!!”Â  Athletes should let this be a lesson: Â Your tweets can be held against you.

A recent study revealed that 80% of people engage with social media via their mobile device while watching TV.Â  This “second screenâ€ mentality is playing an increasing role in people’s viewing experience.Â  NBC has gotten in on the action with a mobile app– NBC Olympics Live Extra, which allows users to live stream over 3500 hours of content, including 32 sports and all 302 medal events from their tablet or smartphone.

I hope you enjoy watching, sharing and engaging with the Olympics online with other viewers and athletes from around the world.

Motivational Monday: Live Your Life With Passion and Purpose