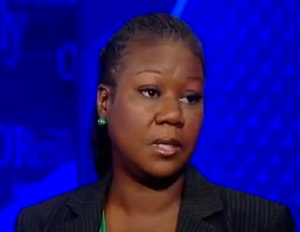 Sybrina Fulton, mother to slain Florida teen Trayvon Martin, recently made an appearance on Fox News’ The O’Reilly Factor, alongside her legal counsel Benjamin Crump. During the interview, host Bill O’Reilly questioned Fulton about her thoughts on the case thus far and praised her for asking concerned supporters to focus on the case and not race. Although Fulton expressed relief in knowing that her son’s killer, George Zimmerman, was finally arrested after a 46-day delay, she revealed that she has faith in the judicial system and will accept the final verdict regardless of the outcome. Watch the full interview below.