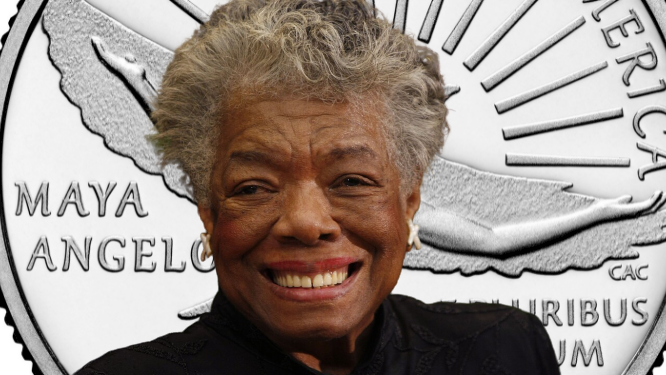 The U.S. Mint has begun releasing and distributing quarters featuring poet, author, and activist Maya Angelou, making her the first Black woman on the coin.

The quarter featuring Angelou is the first in the American Women Quarters program series. Other women featured in the series include astronaut Sally Ride, the first American woman to go to space; Wilma Mankiller, the first woman to be principal chief of the Cherokee Nation; Anna May Wong, who was the first Chinese American Hollywood movie star; and Nina Otero-Warren, a top figure in the women’s suffrage movement.

According to a U.S. Mint release, The quarter will continue to be released this year through 2025.

“Each time we redesign our currency, we have the chance to say something about our country — what we value, and how we’ve progressed as a society,” Treasury Secretary Janet Yellen said in a statement.

“I’m very proud that these coins celebrate the contributions of some of America’s most remarkable women, including Maya Angelou.”

Angelou is one of the world’s most popular Black literary figures. Her first memoir, I Know Why the Caged Bird Sings, narrates her life through her teen years and brought her national acclaim. In addition to being an author and poet, Angelou was a civil rights activist, working with Martin Luther King Jr. and Malcolm X. She also served as a coordinator for the Southern Christian Leadership Conference.

In 1993, President-elect Bill Clinton asked Angelou to speak at his first inauguration, making her the first Black poet to write or perform a poem at a presidential inauguration. Former President Barack Obama also awarded her the Presidential Medal of Freedom in 2010.

The push for Black representation on U.S. currency does not end with Angelou. Former President Donald Trump delayed adding Harriet Tubman to the $20 bill. In January, the Biden administration announced it would accelerate those steps, but little has been revealed on the initiative since, and descendants of Tubman grow increasingly frustrated.