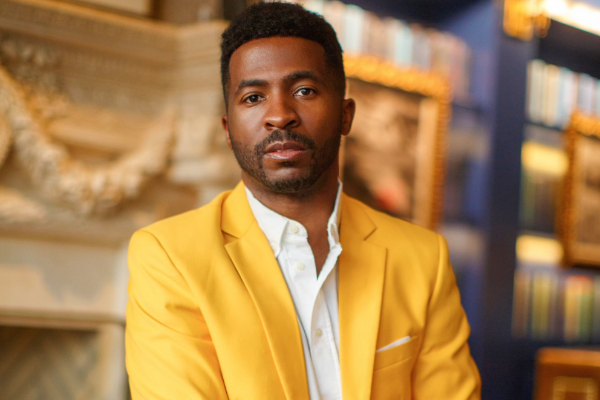 Trell Thomas appeared on Hip Hop & Enterprise to share his journey from personal assistant to founder of the Black Excellence Brunch.

As a media expert and activist, Trell has worked alongside the likes of President Obama to Tina Knowles-Lawson. His work in media and the community was foundational in his launch of a “Sunday Dinner” style event aimed at amplifying Black professionals.

In August of 2018, Thomas decided to create a community that celebrated the excellence of young Black professionals. The seasoned entertainment/media expert, saw an opportunity to introduce entrepreneurs, clothing designers, stylists, actors, and professionals from all industries to one another via a family style brunch modeled after the Sunday dinners that were a signature at his home in South Carolina.

With a mission to build a flourishing brand and platform that would elevate and celebrate Black Excellence, the Black Excellence Brunch was born. The brunch features soul food, a discussion, and the opportunity for millennials to gain insight from seasoned professionals while fellowshipping with other successful Black and Brown colleagues.

“You know, it’s fun. It’s beautiful. It’s a very intentional space. But the thing I love the most about it is that is impactful.”

His brunch brings together Black professionals and creators from all walks of life for an upscale brunch experience like none other. He currently works with Beyonce’s mom, Ms. Tina Knowles- Lawson and has sealed partnership deals with the likes of AT&T, Cantu, Hallmark, Facebook, and other major brands.

Thomas credits Ms. Tina for helping him elevate the brunch, even giving him her fine chinaware to get the job done! Now, the event has gone global with brunches across the U.S.A.and even in South Africa.

Press play below to hear Thomas explain his mission to empower people of color and spread positivity through Black excellence and how he manages it while launching new ventures and serving in an executive producer role at Discovery+.