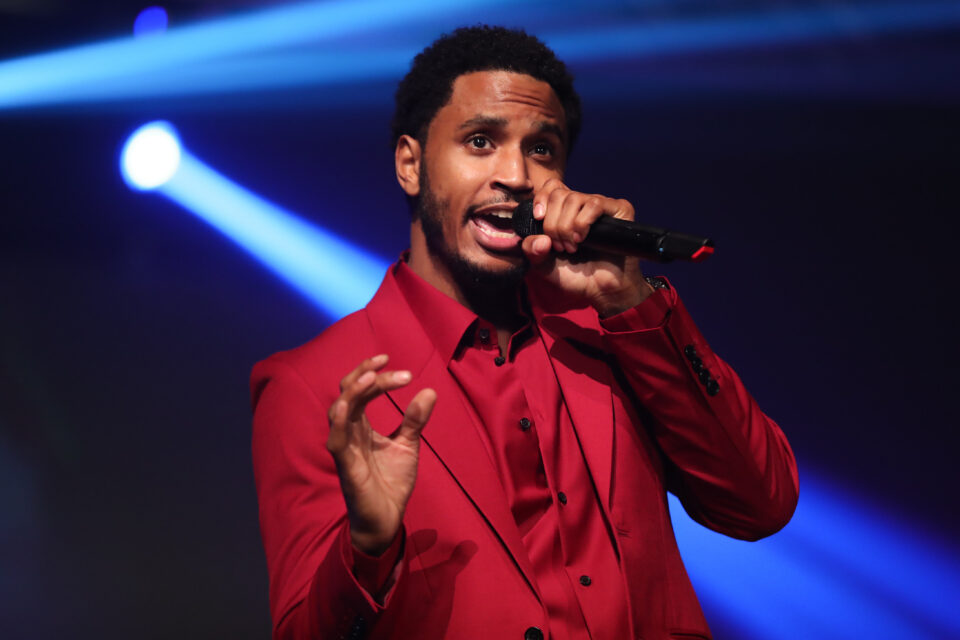 Singer Trey Songz has more legal trouble to tend to after turning himself into the New York Police Department for allegedly punching two people at a bowling alley in October.

Songz turned himself into the NYPD after being detained in November, TMZ reports. The “Bottoms Up” singer is accused of striking two people and hospitalizing one alleged victim.

The Virginia native was booked and given a desk appearance for assault and released. He’s accused of punching one woman inside the bathroom of the bowling alley.

A second victim, a male, claims Songz also punched him in the eye but he refused medical attention.

“We have been proactively communicating with NY law enforcement, the DA, and all those involved,” Songz’s attorney, Mitch Schuster said.

“While we will respectfully and proactively work through all the appropriate channels we are confident that Trey will be fully cleared of any wrongdoing.”

The charges come after a woman first claimed in November that she was attacked by Songz at the bowling alley the month before. The unidentified woman claims the singer dragged her by her hair, leading to her going to the hospital for minor, albeit visible injuries.

The singer is no stranger to violent run-ins. In September, rapper 50 Cent claimed Songz was “banned” from his Tycoon events for “acting crazy,” Vibe reports.

“Last TYCOON he crashed a Wraith, this TYCOON he was acting crazy, wanting to fight and sh*t over the girls. He broke some sh*t up in his room,” 50 quipped. “Nah tell @treysongz he can’t come. smh.”

In November, Songz’ sexual assault case was dismissed due to the statute of limitation, LA Times reports. The claims stem from an anonymous woman who claims Songz raped her in 2016.

“After entering the bedroom, Trey Songz turned, almost immediately, into a savage rapist,” the lawsuit stated.