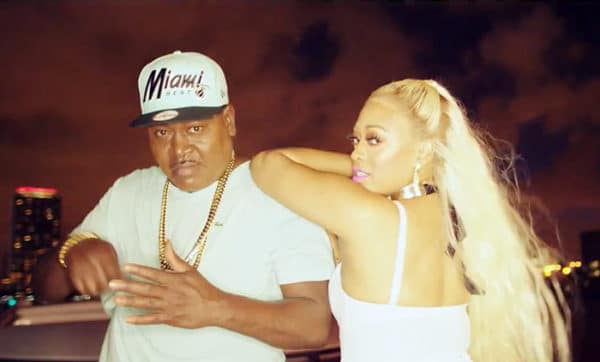 Reunited and it feels so good! It’s been reported on The Jasmine Brand that Miami rappers Katrina Laverne Taylor, a.k.a. Trina, and Maurice Samuel “Trick Daddy” Young will have their radio show in the new year.

The pair of rappers have recently been beefing, particularly after the last time they both appeared on Love & Hip Hop: Miami. They were supposed to be working on a joint album titled TNT, which is appropriate due to their explosive relationship. No one knows if the project will ever get off the ground but with this upcoming radio show, there’s bound to be much attention paid to the two.

Trina is going through some tough times since the death of her mother, Vernessa Taylor, last month. She took to Instagram to give thanks to the many supporters who have been there for her. “All I can give and take is day by day, moments by moments right now and I am just asking for everyone to please understand that. We all grieve differently and this is the hardest loss I’ve endured, to say the least! In this phase, I may even stumble a bit but I can’t let up on what I’ve built as a woman and as an entertainer,” she wrote. “Thank you to my team who has held me down during this time, I know things have not been easy on your end but I’m grateful to have you in my darkest moments!”

This took place after Trick Daddy and Trina hosted a foodie bus tour on Sept. 1, as part of the Miami Gardens Food & Wine Festival. Trina just released her latest album, The One on June 21, 2019, by Fast Life Entertainment and her label, Rockstarr Music Group.