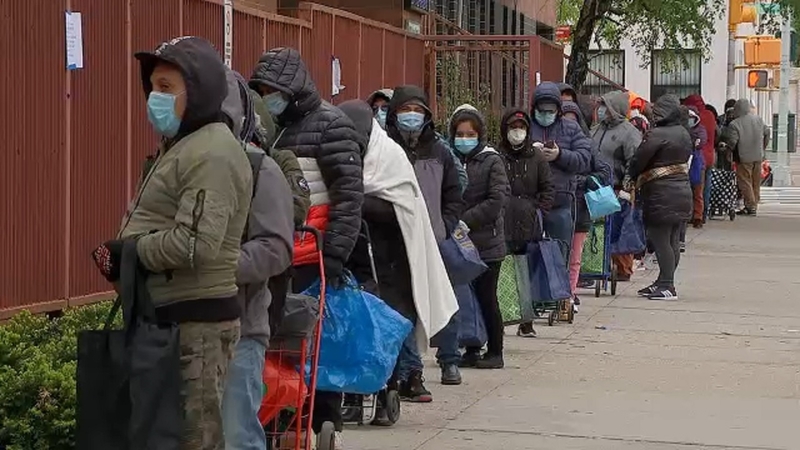 President Trump has told his administration to stop coronavirus stimulus talks until after the election next month, leaving Americans out in the cold.

“I have instructed my representatives to stop negotiating until after the election when, immediately after I win, we will pass a major Stimulus Bill that focuses on hardworking Americans and Small Business,” Trump tweeted Tuesday.

Trump’s orders breaks more than two weeks of negotiations between Speaker of the House Nancy Pelosi and Treasury Secretary Steven Mnuchin. The talks between the two were going nowhere fast, but stocks and jobs were being propped up on the hopes of a deal.

Trump also instructed Kentucky Senator Mitch McConnell to focus on confirming Supreme Court nominee Amy Coney Barrett. However, that seems to be up in the air now as well, thanks to the coronavirus floating around Republican lawmakers.

The stock market reacted immediately: the Dow Jones fell more than 300 points after the news was announced. The Dow Jones rebounded Wednesday morning as Trump tweeted that the House and Senate should pass aid for airlines and the Paycheck Protection Program.

The House & Senate should IMMEDIATELY Approve 25 Billion Dollars for Airline Payroll Support, & 135 Billion Dollars for Paycheck Protection Program for Small Business. Both of these will be fully paid for with unused funds from the Cares Act. Have this money. I will sign now!

The reaction to Trump’s news was swift. Democratic Presidential nominee Joe Biden said Trump has turned his back on the American people and is showing them what he truly cares about– himself.

“Make no mistake: if you are out of work, if your business is closed, if your child’s school is shut down, if you are seeing layoffs in your community, Donald Trump decided today that none of that— none of it—matters to him,” said Biden.

“There will be no help from Washington for the foreseeable future. Instead, he wants the Senate to use its time to confirm Barrett before the election, in a mad dash to make sure that the Court takes away your healthcare coverage as quickly as possible,” he continued.

Pelosi also had harsh words for Trump. In a statement responding to Trump’s tweets, Pelosi said the president “showed his true colors: putting himself first at the expense of the country, with the full complicity of the GOP Members of Congress.”

Pelosi added, “walking away from coronavirus talks demonstrates that President Trump is unwilling to crush the virus.”

Vice President Mike Pence will more than likely be asked about Trump’s decision during the vice presidential debate Wednesday night.