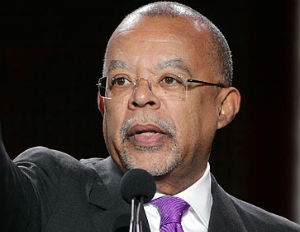 Speaking to an audience in a jam-packed auditorium at the Brooklyn Academy of Music, renowned Harvard historian Henry Louis Gates, Jr. and acclaimed documentary filmmaker Ken Burns declared that America must engage in an uncomfortable, honest conversation on race.

[Related: A Conversation With John Kasich]

The session, moderated by NPR host Michel Martin, wrapped up a four-month tour – “The American Fault Line: Race and The American Ideal” — that began as Gates described, as “a healing gesture” for Charleston, South Carolina, in the aftermath of the racially-motivated execution of nine people at the historic black church known as “Mother Emmanuel.” Although the discussion probed issues like the historic impact of slavery, affirmative action’s role in African American economic advancement and the growing Black Lives Matter movement, presidential politics took center stage.

The notion of post-racial politics celebrated at the dawn of the Obama Era has long been discarded, says Gates, who has found comments of the president on Twitter “characteristic of 1880s Jim Crow America.”

The two cited that the divisive, racially-charged rhetoric of the GOP’s possible nominee Donald J. Trump continues to define the election. In fact, Gates, who is producing the documentary, Black America Since MLK: And Still I Rise, on the journey of African Americans since the passage of the 1964 Civil Rights Act, says the billionaire’s campaign is reminiscent of the incendiary presidential run of segregationist George Wallace in 1968.Â

By casting non-whites as culprits for the woes of working class whites, Gates maintains, he has effectively played the politics of anger and fear: “Trump speaks without the layer of the metaphor…[he’s] speaking to people who are afraid and went to the lowest common denominator.”

Burns, whose documentary on Jackie Robinson will be broadcast on PBS next month, says Trump disregards “political correctness” as a means of demonizing others and creating political divisions. In fact, he has said in interviews that his birther movement initiated five years ago to reveal “Obama is secretly a Muslim, is just another way to use the N word.”

Burns and Gates agree that class also fuels the divide. In fact, they believe that working class whites realize that they are being exploited and actually have more in common with blacks of the same economic status, such an alliance would prove to be a formidable force in national politics.