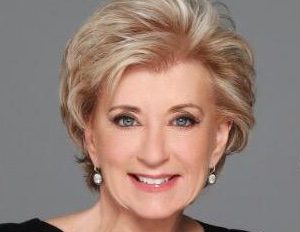 “This selection is proof that President-elect Trump’s commitment to small businesses is about as ‘real’ as professional wrestling,â€ said Rep. Nydia M. VelÃ¡zquez (D-NY), the top Democrat on the House Small Business Committee. In a released statement, she added, “If she is confirmed, we will need to work with Ms. McMahon. However, I am concerned her appointment follows a pattern of choosing individuals for cabinet-level positions who do not have the policy knowledge for the job.â€

VelÃ¡zquez went on to say that “30 million entrepreneurs across our nation have important needs and are counting on an effective SBA to assist them.Â The appointment to head this agency should be a leader with wisdom and knowledge, not a celebrity with a knack for entertainment.â€

The SBA, which has at least one office in every U.S. state, provides support to small businesses such as by extending loans and making sure they get a percentage of federal contracts. African American-owned businesses, in particular several BE 100 companies, have benefited from the SBA’s 8(a) Business Development Program, which provides assistance in obtaining government contracts. However, studies show that African American entrepreneurs continue to receive a small percentage of the overall pool of federal contracts and SBA-backed loans.

A statement regarding the announcement by Women Impacting Public Policy President Jane Campbell noted that women small business owners are one of the fastest growing segments of the American economy. WIPP hopes that McMahon will work to ensure women entrepreneurs have everything they need to thrive and grow. WIPP is a national nonpartisan public policy organization that advocates for and on behalf of womenÂ business owners in the legislative processes.

“As a former small business owner, who grew her business to a publicly traded organization, we hope Mrs. McMahon continues the strong work of former administrators Maria Contreras-Sweet and Karen Mills, in recognizing women business owners’ economic power,â€ added Campbell. “In particular, we encourage her to focus on their capital and government contracting needs.â€

In a statement, Trump said, “Linda has a tremendous background and is widely recognized as one of the country’s top female executives advising businesses around the globe.â€ He added that his administration is “going to bring back our jobs and roll back the burdensome regulations that are hurting our middle class workers and small businesses.â€

McMahon said in a statement, “Our small businesses are the largest source of job creation in our country.â€

McMahon, who is 68-years-old, is also the co-founder of Women’s Leadership LIVE, an organization for women professionals and entrepreneurs. She ran failed bids in Connecticut for a U.S. Senate seat in 2010 and 2012. She reportedly donated $6 million to Rebuilding America Now, a pro-Trump super PAC during the 2016 campaign.

Volunteer Your Way to a New Job