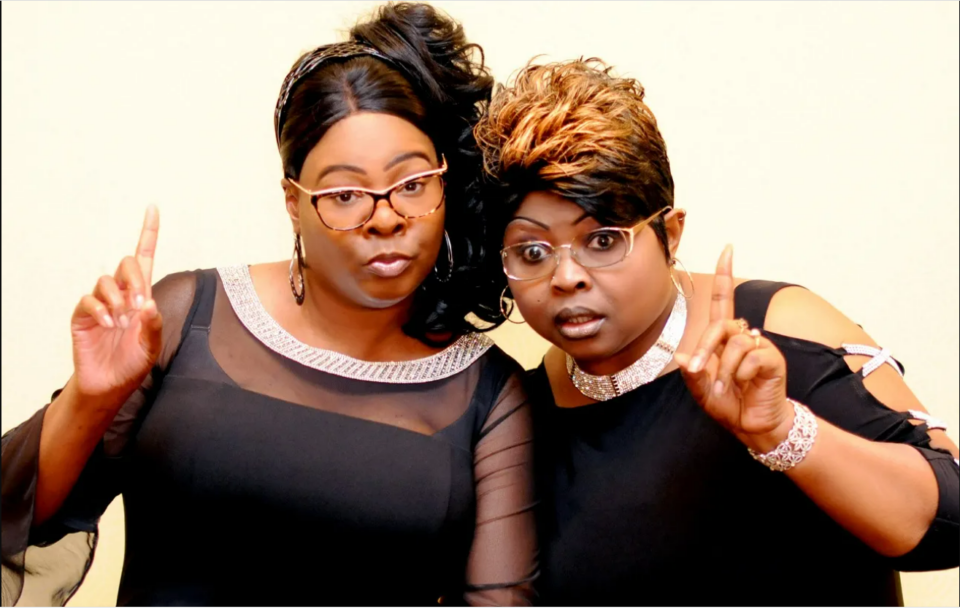 The controversial ride or die, rabble-rouser known as “Diamond” who supported former President Donald Trump and his lies, has died “unexpectedly.”

Diamond, born, Lynette Hardaway, is now stumping on the other side in the upper room after she “passed away at her home” on Monday, the Daily Beast reports. Trump reportedly announced the news on his Truth Social site.

Contributions towards Preserving Diamond’s Legacy are only being accepted at the following link:https://t.co/g6J6NlBXE7

“Diamond blazed a trail, founded on her passion and love for the entire race of humanity,” read a statement on a fundraising page for her memorial.

“The memory of her passing should forever remain in our hearts. In this time of grief, please respect the privacy of Diamond’s family but remember and celebrate the gift that she gave us all!”
As of late, the sisters have been more quiet than usual, especially after they were ousted from being hosts on Fox News.

The Black conservatives seemed to have issues with the same network that has been accused many times over the years about its racist slants in national news coverage.

In their book, Silk goes on about them being shut down for speaking about the same theories and rhetoric as the Fox News’ marquee hosts.
No word on how Diamond died but we’re pretty sure if it was from COVID they’ll keep that news to themselves.