Tweets For Sale: Getting Paid in 140 Characters or Less 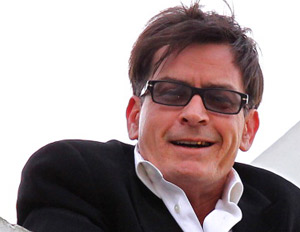 When Charlie Sheen joined Twitter last month, breaking a record for fastest accumulation of followers in the process (one million in a day), there was plenty of speculation that the disgraced actor was drawn to the social media platform for its potential as a new revenue stream. While Arnie Gullov-Singh, CEO of Ad.Ly, a company that has been connecting celebrities with large followings to brands looking for endorsement since 2009, claims that Sheen wanted to have, “a direct conversation with his fans in a way that is unfiltered by traditional media,â€ he also admits that his company has already begun helping Sheen bring home the bacon. “As [Sheen’s] following started to grow and explode, we started to get inquiries from advertisers around doing endorsements with him,â€ explains Gullov-Singh.

On March 7 Sheen took on his first paid Twitter endorsement, tweeting out an Ad.Ly-generated message for a Website called Internships.com. By Gullov-Singh’s estimates, that tweet garnered an astonishing 95,333 clicks in the first hour of the first day of Sheen’s endorsement and more than a million unique visitors to the site, according to internal Omniture traffic data. The end result was nearly 82,000 internship applications received from 181 countries.

“It drove over a million people to their website,â€ says Gullov-Singh. “For a company that had a good product that no one had ever heard of it really put them on the map.â€

It was a #winning strategy, one that Ad.Ly has employed time and time again when matching their roster, which includes over 1,000 of the most popular celebrities on Twitter (i.e. the Kardashian clan, Chris Brown, Cristiano Ronaldo and Soulja Boy, who all have a minimum of 2 million followers) with brands in need of endorsement.

“Social media is overwhelming both to brands and to consumers,â€ Gullov-Singh explains. “It’s very noisy and if you want to get your message across [when] you’re launching a new product or trying to promote something, we’ve seen that time and time again celebrities cut through the noise and deliver that message for you.â€

Good for the brands and the celebrities on Twitter and Facebook that make them hot, but what about the masses following those celebs? Some argue that paid tweets just add to the already existing “noiseâ€ Gullov-Singh described and dilutes the organic exchange between the famous and their fans that has won Twitter so much praise. Are Ad.Ly’s practices polluting that process, or simply demonstrating how devotees truly will “followâ€?

San Diego Chargers linebacker, Shaun Phillips has been on Twitter for over a year, and says in his six months working with Ad.Ly he hasn’t gotten a single complaint from any of his 416,390 followers. “I can approve or deny any tweet, so if it’s something I don’t stand behind in some way, shape or form, then I won’t tweet it,â€ Phillips says. “But it’s always in good taste and good content and it’s not something that’s redundant that gets people annoyed.â€

Phillips adds that Ad.Ly account execs also do their part to screen the offers. “I don’t think Ad.Ly would ever put me or any of their clientele in a bad position.â€

Ad.Ly certainly takes measures to protect themselves and their partners. First, all of the paid tweets are carefully crafted by their team, in such a way to prevent celebs from saying anything the brands wouldn’t approve of, or vice versa. Each micro-endorsement is also clearly labeled as such–a measure that likely goes a long way in not being misleading to Twitter followers or breaking any SEC regulations, steps Curtis “50 Centâ€ Jackson may have skimped on when he made those infamous “pump and dumpâ€ tweets about H&H Imports.

“We’re really clear about disclosure,â€ Krista Thomas, Vice President of Marketing for Ad.Ly explains. “I think that’s part of the issue some of the celebs are getting into when they go out on their own and are not working with Ad.Ly and they forget about disclosure. That’s really an SEC guideline thing. We pioneered creating the #Ad or [Ad] or #Spon for sponsored [hashtags]; we pioneered using a lot of those tags very clearly at the end of the message for disclosure. That keeps you out of trouble.â€

Gullov-Singh won’t reveal how much Ad.Ly is making off their arrangements with brands or exactly how much celebs make per tweet (that number depends on the celeb’s number of fans, how engaged their fans are and how previous endorsements have performed) but with celebs earning a fee that falls between four to five figures per tweet or Facebook post, it’s easy to imagine how it all adds up. For those looking at Twitter to be their latest get-rich-quick scheme, think again. Ad.Ly isn’t interested in micro-endorsements from run-of-the-mill Tweeters.

“Our minimum threshold is 25,000 followers,â€ Gullov-Singh says of Ad.Ly’s “celebrity endorserâ€ criteria. “But we prefer to get people who have 100,000 or more, people with scale and people who have a presence on more than just Twitter so they have reason to stay top of mind with their fan base.â€

Just as the advent of Twitter has changed social media, Ad.Ly’s success is ushering in a major shift in how brands sell the public on their products. Sheen might call that bi-winning, but when it comes to this kind of marketing, the question remains: how long will we buy it?