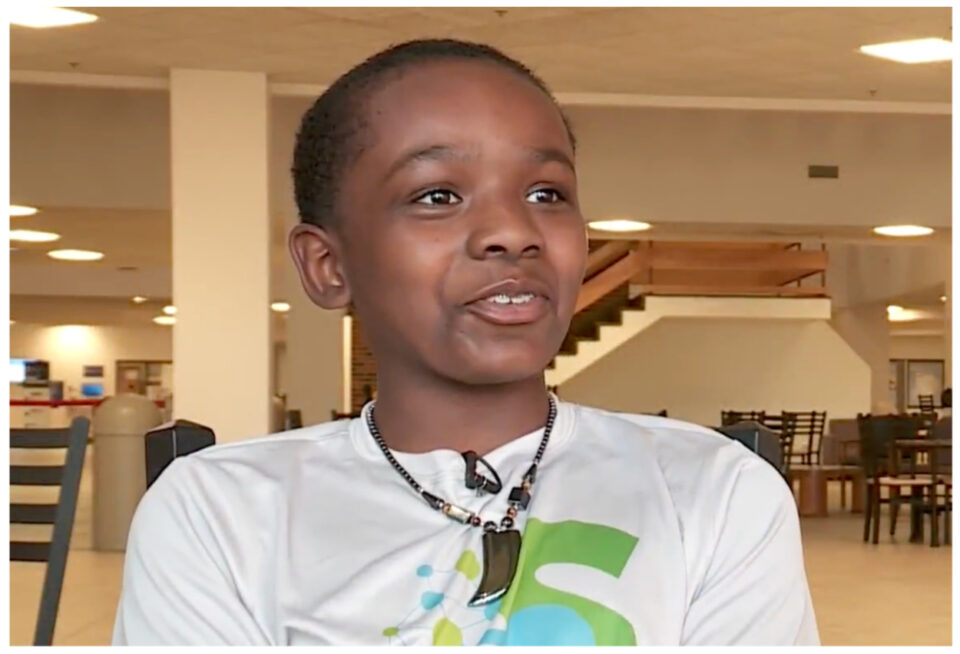 Twelve-year-old Elijah Muhammad Jr. has become the youngest Black college student in the state of Oklahoma, according to KFOR News in Oklahoma City. Muhammad, who is home-schooled and currently a senior, also began classes this week as a freshman at Oklahoma City Community College.

The sibling’s father, Elijah Muhammad Sr., said that his daughter’s accomplishments help to encourage his son to exceed as well.

“When he sees her accomplish certain things, he’s like ‘I’m up next and I can do it,’” he said. “We are the cheering section for our scholars.” The siblings’ mother, Atashia Muhammad, is an associate professor at Langston University and was on hand to give her daughter her diploma at the graduation ceremony. “It was a special moment,” said Mrs. Muhammad.

The cyber security major said that he and his sister compete with each other but added that she helps him with his studies. “We have a bunch of competitiveness,” he said. “But she really helps me out with a lot of my studying.” Muhammad, who will surpass his sister by the time he graduates college at the age of 13, also noted that his fellow students were surprised by his young age.

Muhammad is also a three-time state champion wrestler and began a clothing line called Smart Boy. The soon-to-be teen plans to go to an HBCU after he graduates.