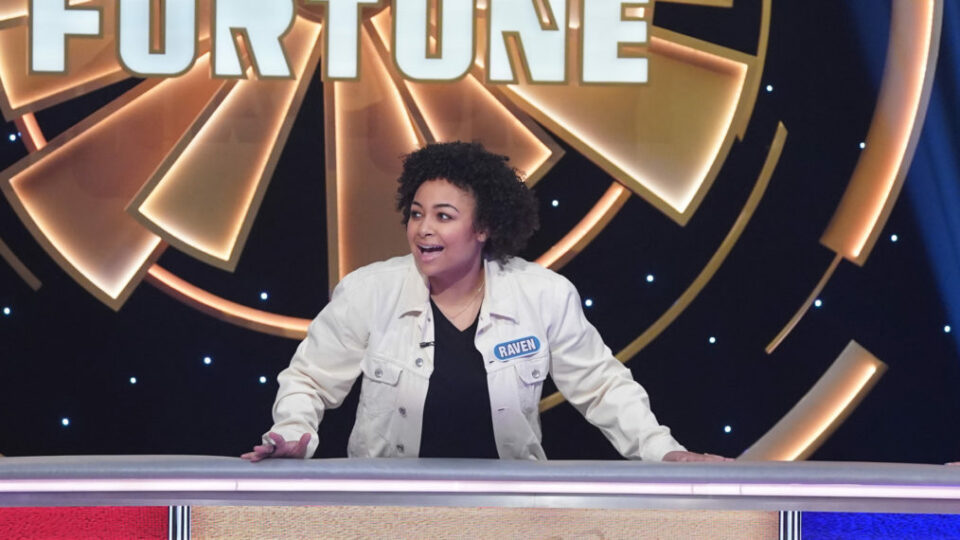 Sunday’s Celebrity Wheel of Fortune starring celebrity contestant Raven-Symoné had the internet reacting to her attempt at the missing ’70s song lyrics to the Bee Gees’ “Stayin’ Alive,” but unfortunately, she lost out due to a minor mistake in her answer.

The show’s latest episode saw host Pat Sajak warn the actress to “be real careful” before guessing the presented puzzle. He was also adamant about not influencing her decision to take a shot at the answer or to spin again. Unable to decipher what he was suggesting, the singer and actress decided to continue spinning to avoid getting the answer wrong.

The Raven’s Home star was confident in her answer to the song lyrics on the board but incorrectly guessed, “Ah ah ah ah stayin’ alive stayin’ alive.” Sajak told her that he couldn’t accept that answer, which left her in shock, as she placed her head on the podium in disappointment. Raven-Symoné, who has been donating her clothes to Goodwill since her teenage years, was playing to donate her winnings to Goodwill of Southern California.

As seen in the video shared by Yahoo!, fellow celebrity Tori Spelling attempted to solve the puzzle and reluctantly guessed the correct answer with a minor tweak.

In response, Raven-Symoné appeared to understand that she missed the pronunciation and smiled it off.

Since then, many viewers of Twitter have quickly reacted to the tense-filled moment, some even defending Raven-Symoné and urging Sajak to step down.

My Question is …
… why was Pat Sajak concerned about this particular puzzle that prompted his suggestion to Raven-Symoné to be “be real careful” as she tried to solve it?
And…
Is there an official “Close but No Cigar” Rule that state the host cannot accept Raven’s answer?

Other viewers also commented on Sajak’s gentleman-like demeanor in handling the situation.

Just last month, fans were upset with the show after a contestant lost out on a technicality and didn’t win a new Audi—even though she answered the puzzle correctly, CNN reported. However, the Audi car company decided to give her the vehicle anyway.