Two Florida Sisters Build $75,000 Tiny Homes To Live Next Door To One Another In Village 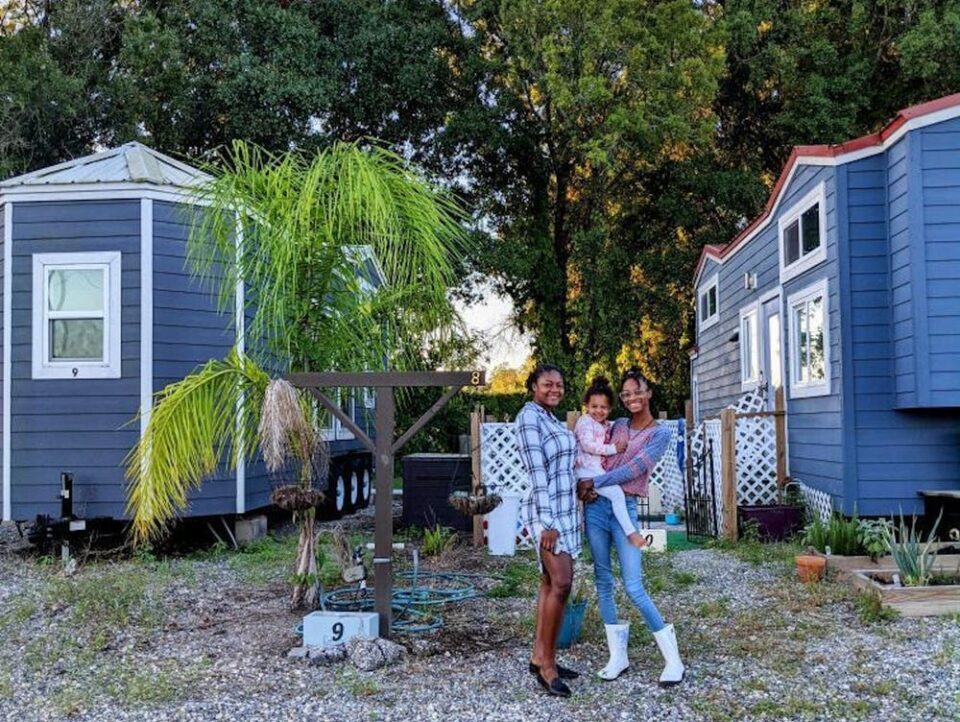 After living together for most of their lives, two Florida sisters decided to part ways and live separately—well, sort of. The two built tiny homes that reflect their unique personalities and parked them right next door to one another.

Alexis Monkhouse, 25, and Ashley Okegbenro Monkhouse, 23, recall bunking together for years—from their childhood home to their college apartment. Sharing a home wasn’t always easy, they told Insider. Like most siblings, they had their differences.

Ashley told Insider living together “was exhausting.” The two had different cleaning standards and preferred temperatures.

In 2018, Ashley told her sister she wanted to move out and live with friends. Alexis, who was learning about tiny homes at the time, soon realized she couldn’t afford the $1,390 rent alone.

The sisters’ mother had recently passed away and left them her life insurance benefits. Alexis decided to use her funds to purchase a tiny house. She scheduled an appointment with a builder and dragged Ashely along.

“I think we toured one house and were like, ‘OK, this is really cool,’” Alexis recalled. “Then we toured the second house, and Ashley was like, ‘OK, I’m going to get a tiny house, too.”

The building process for the sisters’ homes took about six months. They moved into their new houses in July 2018. Building costs for Alexis’ home were about $75,000, while Ashley’s home cost close to $80,000.

The two homes, both 325-square-feet, compliment the sisters’ unique personalities.

Alexis’ home is full of orange undertones and natural woods. She said she was going for a “homey and warm” feeling. Her house has two lofts, a kitchen, bathroom, custom-built bookshelves, and a large living room for her daughter, Nalini.

Ashley’s home, on the other hand, boasts a modern feel. The interior décor is primarily black, white, and gray tones. Her home includes a kitchen, living room, lofted bedroom, and a bathroom with a bathtub. While her sister chose a large living room, Ashley dedicated most of her square footage to the kitchen, where she said she enjoys cooking, baking, and eating.

“We love our houses,” Ashley said. “I think it’s because it’s designed for each of us. It’s how we wanted it.”

The sisters said one of their biggest challenges was finding a place for both their tiny homes. Few sites were offering land they could rent.

They started off living on farmland in Land O’Lakes, Florida. For a few months before eventually moving to a tiny-house village outside of Tampa. Each sister pays $475 a month for their plot of land, electricity, and sewer hookups.

Alexis focuses on raising her daughter in her tiny home while working on a master’s degree in anthropology. Just a 10-second walk away, Ashley takes care of her two Shih Tzus, Tulula and Chaos, while finishing her master’s degree in exercise and nutrition.

The sisters said living next door to one another, often yelling from window to window, has kept them connected.