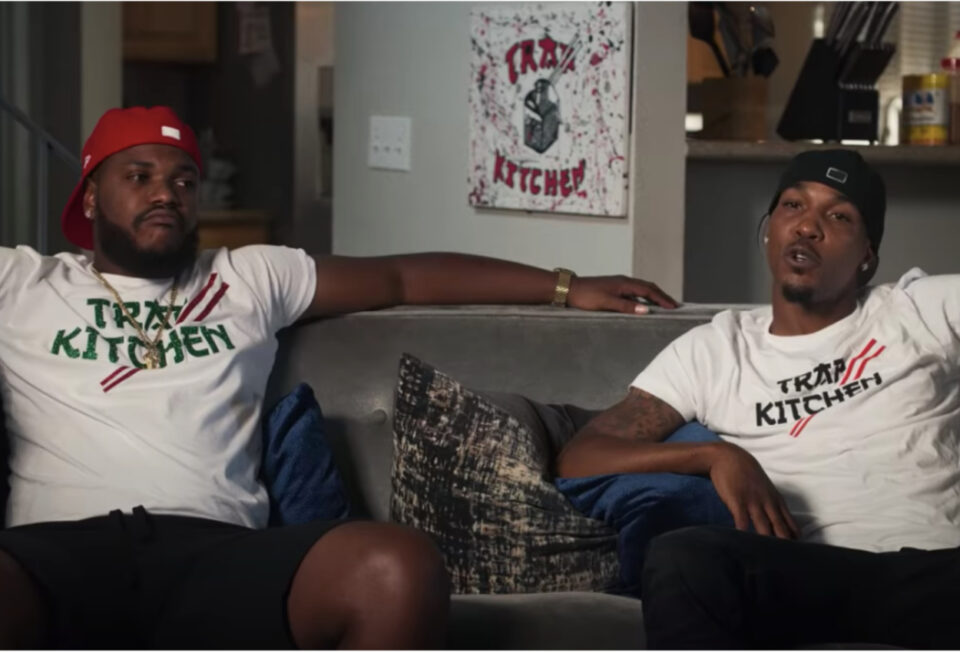 Chefs Malachi “Spank” Jenkins and Roberto “News” Smith were former Compton gang members before turning their mutual love for food into a one-of-a-kind food enterprise —Trap Kitchen LA. They leveraged the power of monetization, social media, and soul food to fuel their collective desire to change the paths of their lives.

Trap Kitchen co-creator Jenkins, a Crip member, decided to leave the streets to pursue a culinary career, attending Le Cordon Bleu in Las Vegas at 22, according to Forbes. He later returned to Compton, where he would link up with Smith, a member of a rival gang, the Bloods.

A decision of a lifetime led them to Smith’s grandmother’s house, where they changed the narrative about what’s possible.

In 2013, the pair whipped up an enchilada pie and shared a picture of their first meal on Instagram. The pie sold out after delivering the food directly to customers’ doors and collecting their first $300 profit. That day marked the beginning of a new business venture as it continued to ramp up and feed the community weekly and daily.

“It’s like a real trap. The way it was going, early in the morning, late at night,” Smith recalled, per Fox 4 News. “People come knocking on the door a little more. You see them walking out with bags and stuff.”

The hustle is all about empowerment while bringing an entirely new meaning to “trap.” As Smith and Jenkins would call it, take risks and prosper.

“Growing up, if I had somebody to tell me or at least somebody to turn me in the right direction, I would have been OK a long time ago,” Smith said. “I would have. We wouldn’t have had to even wait this long to blossom.”

The business that started by selling plates out of grandma’s backdoor turned into multiple food trucks and pop-up shops in major cities like Miami, Houston, and Atlanta, as well as a brick-and-mortar store in Oakland, to cater to their celebrity clientele. They continue to be celebrated for the soul they put in their soul food dishes, like freshly made fried chicken and seafood.

The latest cookbook delivers 50 recipes of their most notorious dish, the Trap Mac n’ Cheese, for foodies and chefs alike to bring to the dinner table. With a foreword by Snoop Dogg and curated by Kathy Landoli, the trap-inspired chefs are introducing flavors from around the world.

“You just got to be able to handle whatever situation that you go through, and it’s not for the weak-hearted, bro. Don’t get in it if you’re not already fully into it…just trying to make a couple of dollars. Like if you really into this, it’s going to take you places,” Jenkins advised, per Blavity.