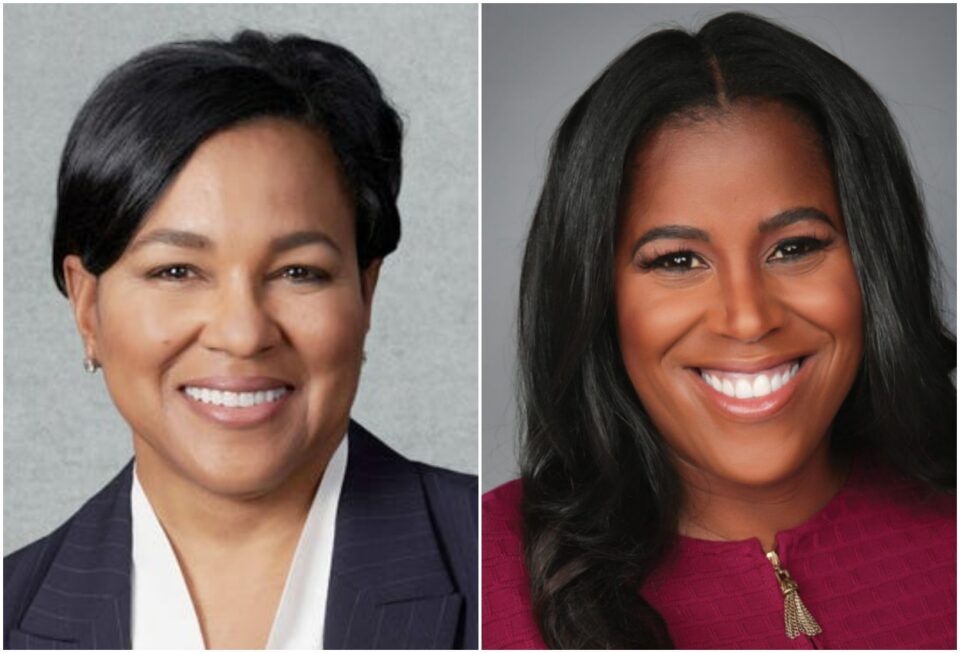 Known as the pre-eminent global organization focused on developing Black corporate C-suite and board leaders, the ELC will recognize Brewer and Duckett at the virtual  2021 Recognition Gala and 35th Anniversary Celebration today. The event is the ELC’s biggest fundraiser.

ELC has been giving back to the Black community since it started in 1986. It has over 800 current and former Black CEOs, senior executives and board directors at Fortune 1000 and Global 500 companies, and entrepreneurs at top firms. Its members work to build an inclusive business leadership pipeline to help Black leaders make impactful contributions to the marketplace and their communities.

Ursula Burns, the first Black Woman CEO of a Fortune 500 company at Xerox Corp., will “pass the torch” by presenting the the 2021 Achievement Award to Brewer and Duckett. The award is given to Black corporate executives whose business career achievements highlight personal and professional excellence.
Walgreens Boots Alliance Inc. named Brewer CEO of the pharmacy chain this January. The former COO of Starbucks became the only Black Woman CEO in the S&P 500 index. TIAA named Duckett as president and CEO in February. Formerly CEO of consumer banking at JPMorgan Chase, Duckett became the second Black woman to lea one of the nation’s 500 largest public companies.

According to the ELC, Brewer and Duckett, respectively, became the second and third permanent Black women CEOs in the history of the Fortune 500.

“Rosalind and Thasunda’s dynamic leadership, in the Fortune 500 and in past leadership roles, has yielded significant business growth for their organizations. Both CEOs demonstrate that when afforded the opportunity, Black women can and will lead at the highest levels. The ELC is proud to honor them for their historic achievements and as allies in advancing Black leadership in business,” said Michael C. Hyter, president and CEO, of the ELC.

One of the nation’s top bankers, Bank of America Chairman and CEO Brian Moynihan, will accept the 2021 Corporate Award on behalf of his firm. The award is presented to a corporation that has made significant contributions to the advancement of Black corporate executives in areas including pipeline development, board diversity, supplier diversity, and philanthropic efforts to the Black community.

“Through our actions inside and outside our company, we are working to help create greater equality and opportunity for all,” Moynihan said. “And we are grateful to have committed partners like The ELC on this journey. This is a movement not a moment. And we will continue to move forward together.”

The ELC’s Hyter reflected on the nation’s second-largest bank’s contributions.

“Bank of America has proven its commitment to advancing racial equality and economic opportunity through a number of sustainable initiatives that directly impact the Black community,” Hyter said. “During a time when so many companies have pledged to increase their DE&I efforts, Bank of America’s have been meaningful, and [its] work will continue to create opportunities for the Black community to be economically engaged and financially empowered.”

Joining forces in May 2021,  BLACK ENTERPRISE and the ELC  launched the BLACK ENTERPRISE Economic Equity & Racial Justice Town Hall Series. The first-time event examined corporate accountability through a Black business lens one year after the murder of George Floyd.

For its part, here are some milestones reached over the years that the ELC shared with BLACK ENTERPRISE:

Those momentous accomplishments show the ELC’s influence and effectiveness. Here are some people who have run the organization over the years. 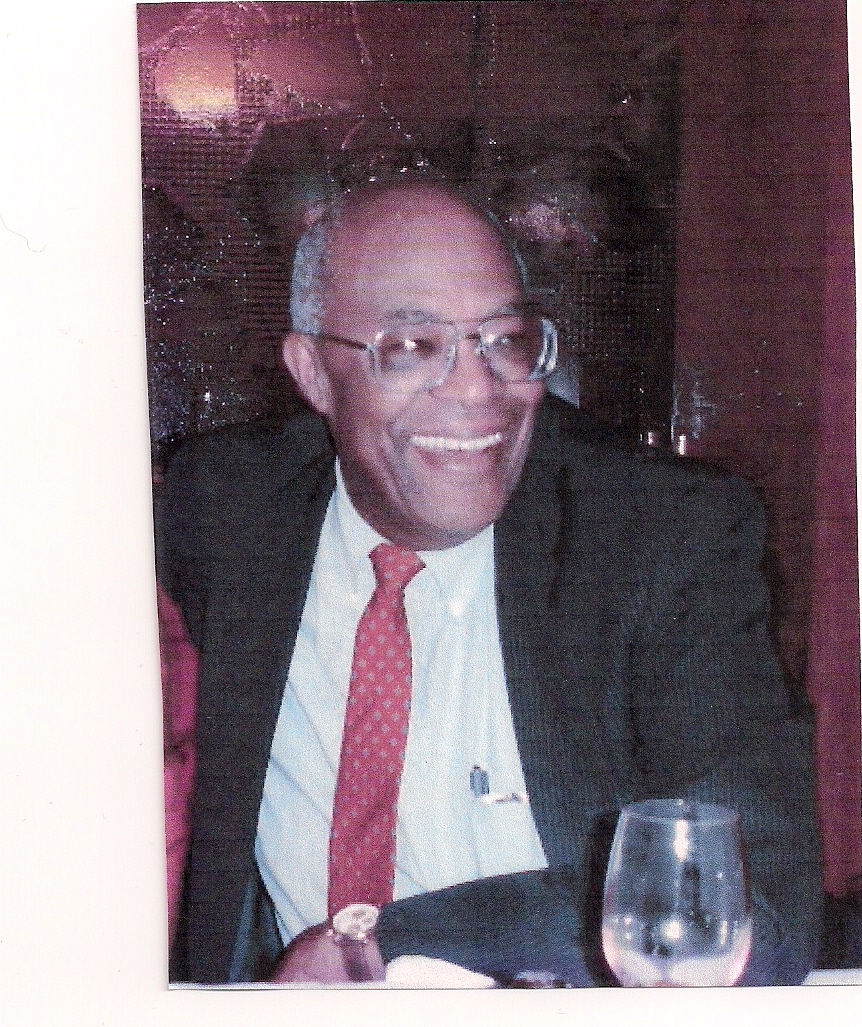 An ELC co-founder and member, James started his career with Legal Aid in Cleveland, OH. Following an appointment by President Jimmy Carter to chair the Copyright Royalty Tribunal, he joined the Keefe Co., an international public and governmental relations firm based in Washington, D.C. James became the firm’s president and served as the ELC’s first executive director in 1986. 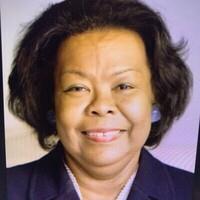 Fowler was a founding member of The ELC. He served as executive director and was subsequently named president of the organization and its related foundation. He worked for ITT Industries and its predecessor company, ITT Corporation, for 20 years. In 1996,  he left the company to form his own human resources consulting group. He also worked as consultant with D.P. Parker & Associates and the Xerox Corp. 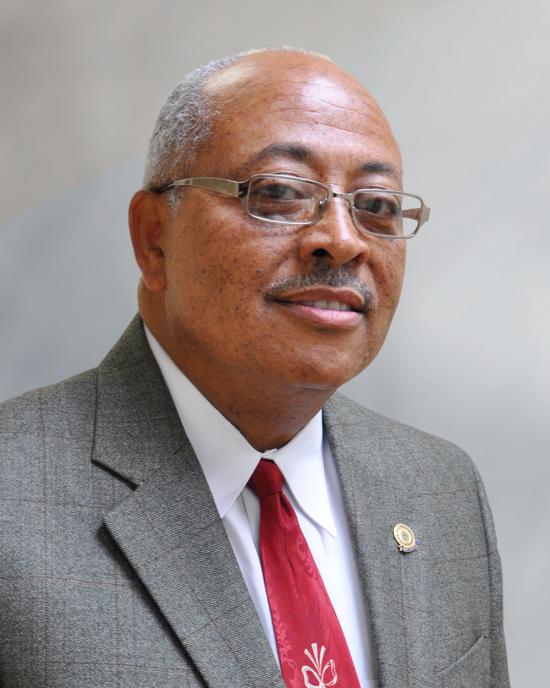 Jolly is an ELC member and accomplished executive with over 30 years of leadership expertise in public and private utilities, higher education, nonprofit, and naval service as a CEO, vice president, department head, and unit commander.  He currently is energy chief at the utility DC Water, and president of the Maryland-District of Columbia Utilities Association.

Brooks is an ELC member and served on its board before he became president of the organization after a 25-year career in the energy industry.  Under his leadership, the ELC significantly increased its fundraising and launched its Institute for Leadership Development & Research to provide cutting-edge training and research. Before his role with the ELC,  Brooks was vice president of Human & Technical Resources at GPU Energy. He serves on numerous boards of directors. 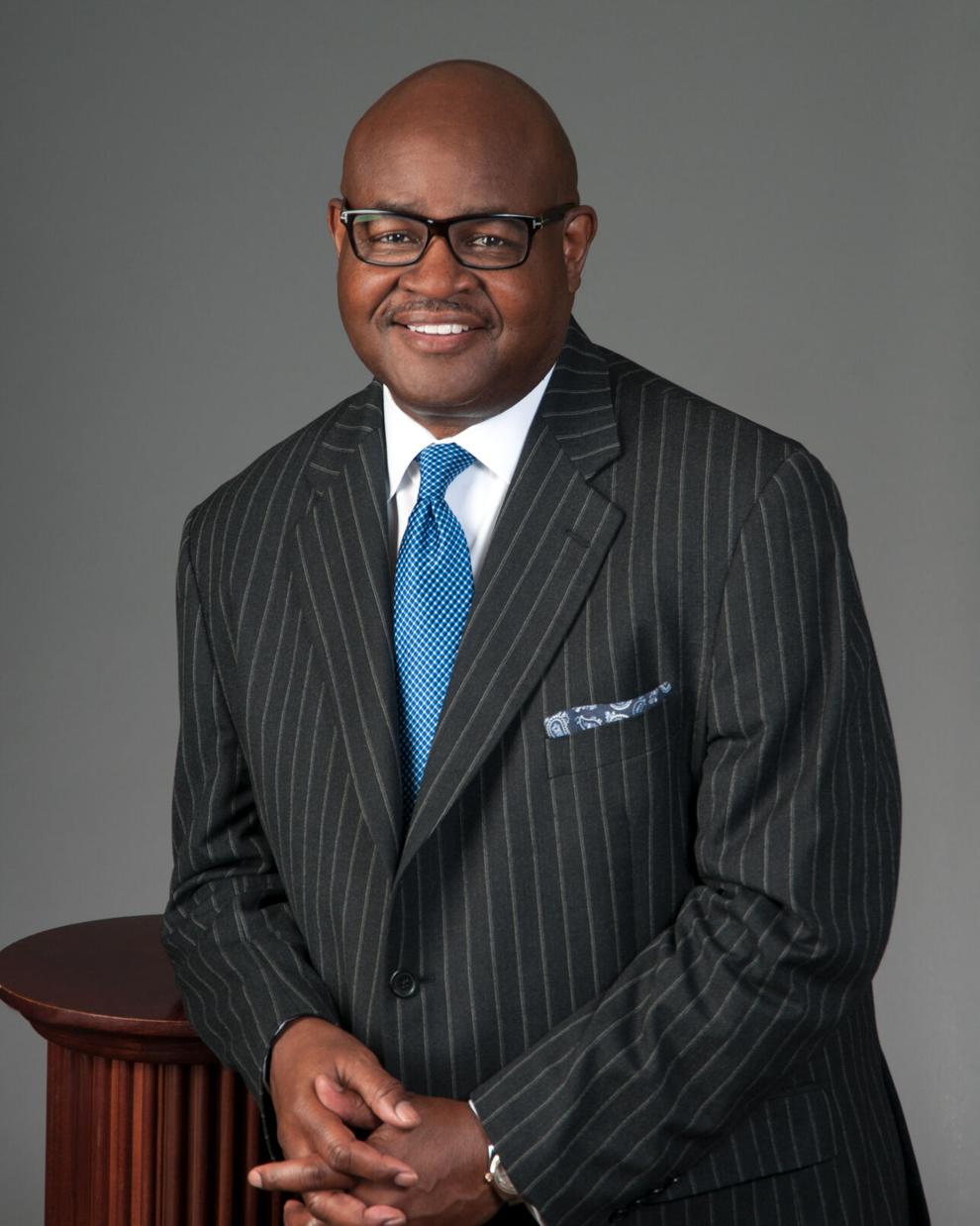 Drake is an ELC member with over 40 years of leadership experience in several corporations and nonprofits. During a career with The Coca-Cola Co., he held several key positions, including division president and CEO of its Nigeria and Equatorial Africa Division. He served briefly as interim president and CEO of The ELC before becoming president and CEO of LEADership, Education and Development (LEAD). Drake recently was named dean of the Bethune-Cookman University College of Business & Entrepreneurship. 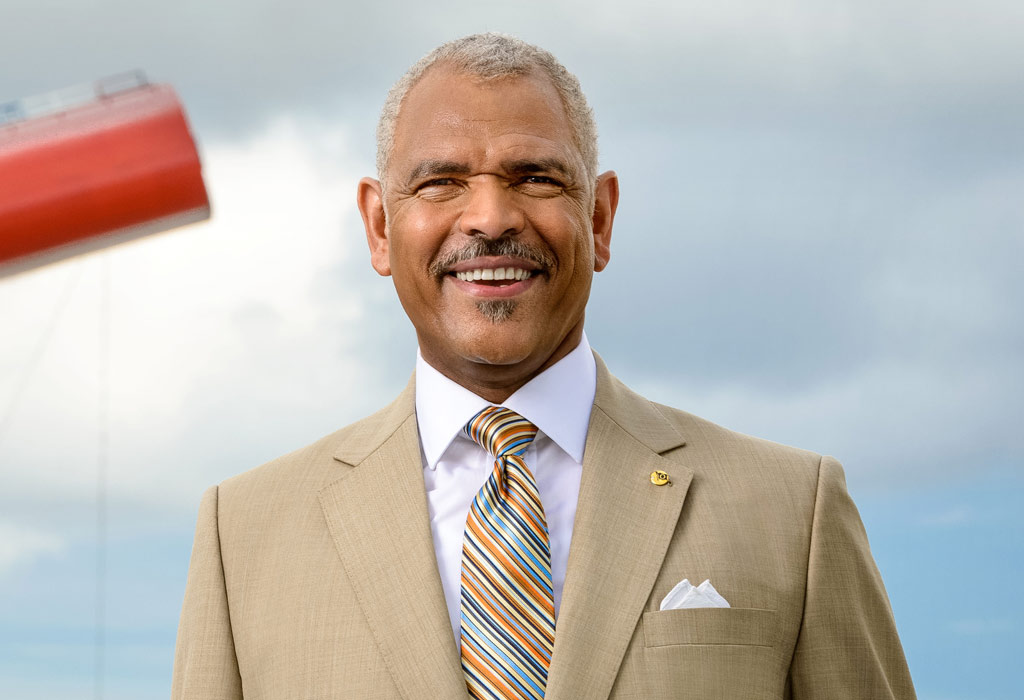 Before becoming president and CEO of the ELC, Donald, a current member, served as president and chief executive officer of the Juvenile Diabetes Research Foundation International. This followed a lengthy leadership career with Monsanto and as chair and CEO of the Merisant Company. Donald today is president and CEO of Carnival Corp., one of the world’s largest leisure travel companies. He launched the ELC’s “Aspirational Goals” to greatly boost the number of Black executives in C-suites and on corporate boards. 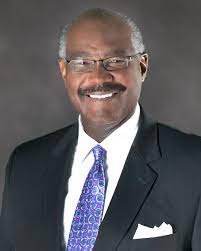 Parker is an ELC member who served on The ELC board and retired as a senior vice president of Human Resources, Labor Relations, and Global Diversity & Inclusion with PepsiCo after more than 30 years with the company before being named president and CEO of the ELC.  Parker is now president and CEO of the National Association of Securities Professionals (NASP), a securities advocacy organization for minorities and women in the U.S. and internationally. The ELC achieved considerable growth in several strategic areas under his tenure, including membership, corporate partnership, pipeline, program development, and government affairs. He developed the ELC’s strategic plan and  was responsible for its $1 million founding donation to the Smithsonian National Museum of African American History and Culture. 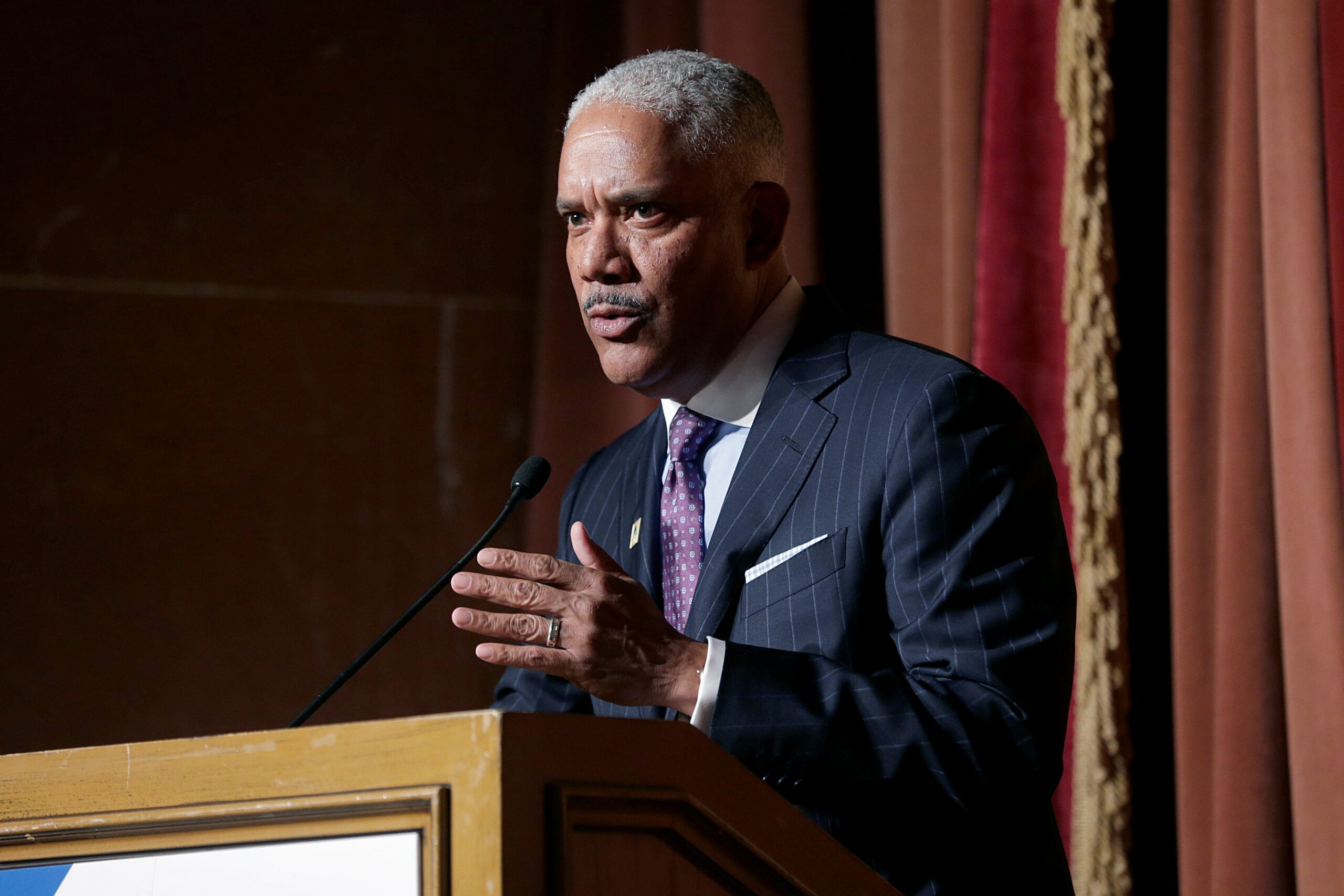 He led efforts to enhance operational excellence and sustain the strategic pillars of the ELC’s strategic plan. An ELC member, Spriggs introduced the organization’s purpose statement, opening channels of opportunity for the development of Black executives to positively impact business and our communities. He also formalized ELC’s commitment to philanthropy. A seasoned HR executive, Spriggs served in senior business roles at several Fortune 500 companies. He is president and CEO of Atlanta Life Insurance Co. 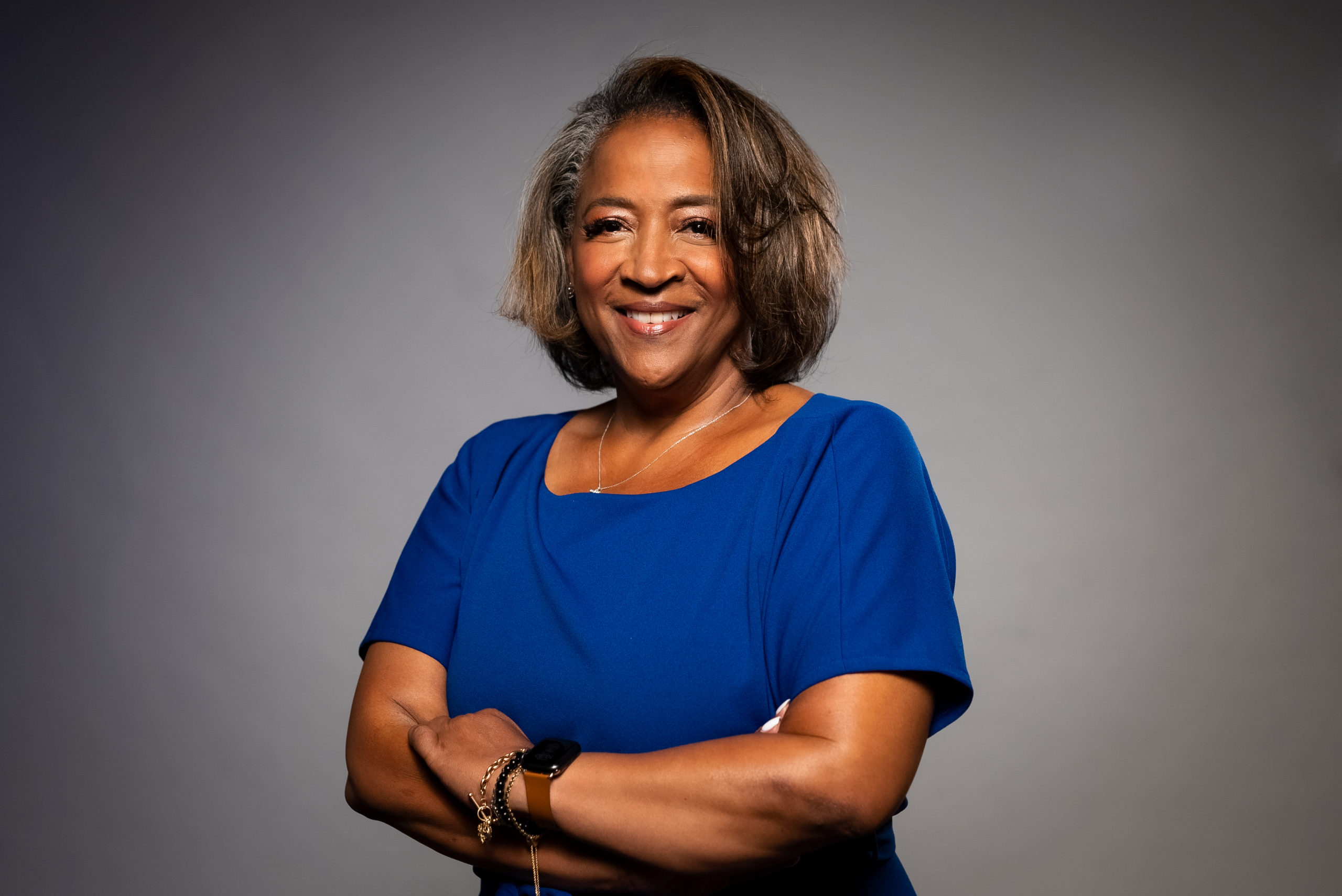 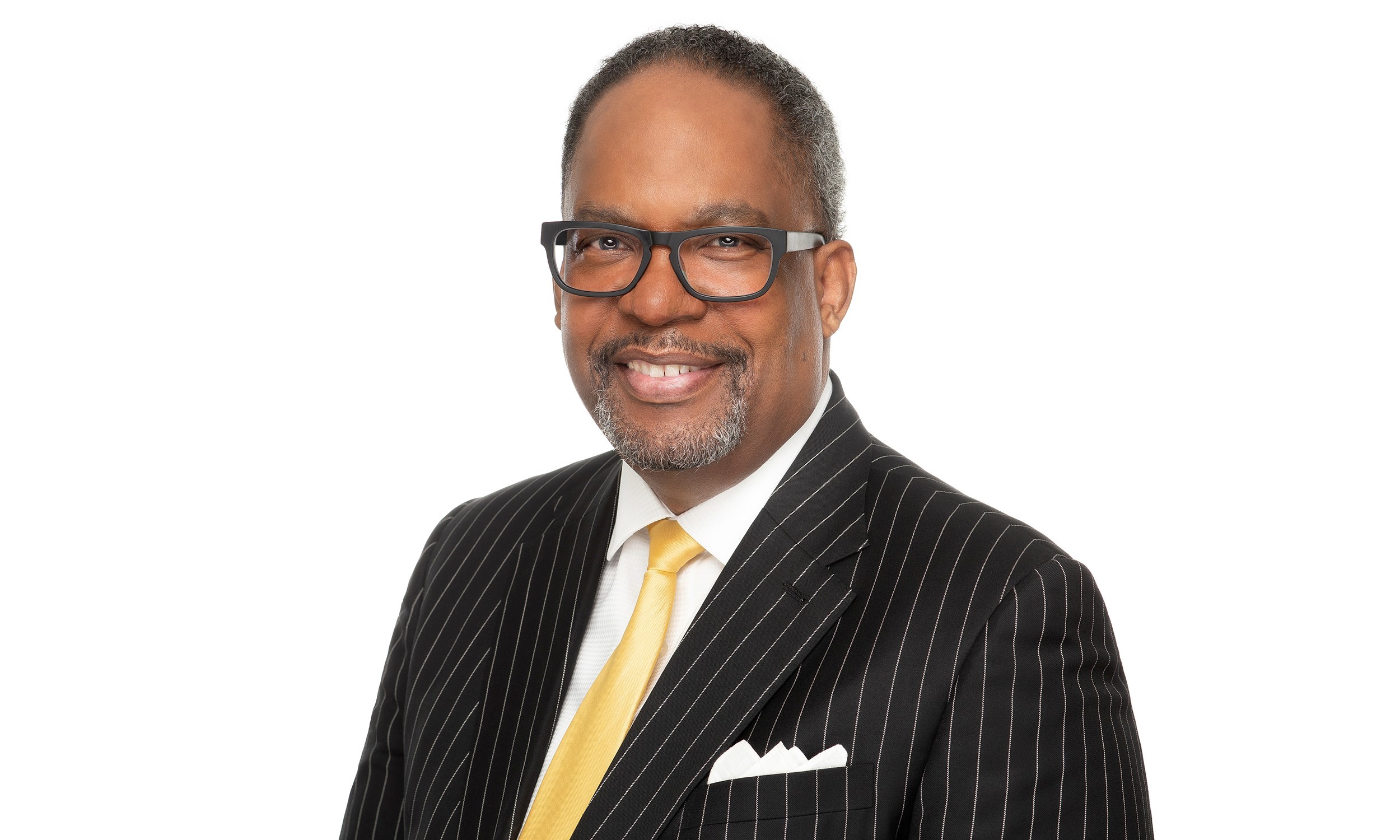 In February 2021, Hyter was named president and CEO of The ELC. He is leading its push to boost the number of global Black executives in C-Suites and on corporate boards. He served as chair of The ELC’s foundation. An accomplished senior executive, leadership consultant, author, and thought leader, Hyter is widely known for his success in developing enterprise leaders and their next generation successors. Before his ELC role, Hyter was chief diversity officer of global organizational consulting firm Korn Ferry. He is a board member of Dine Brands Global, one of the world’s largest full-service dining companies.