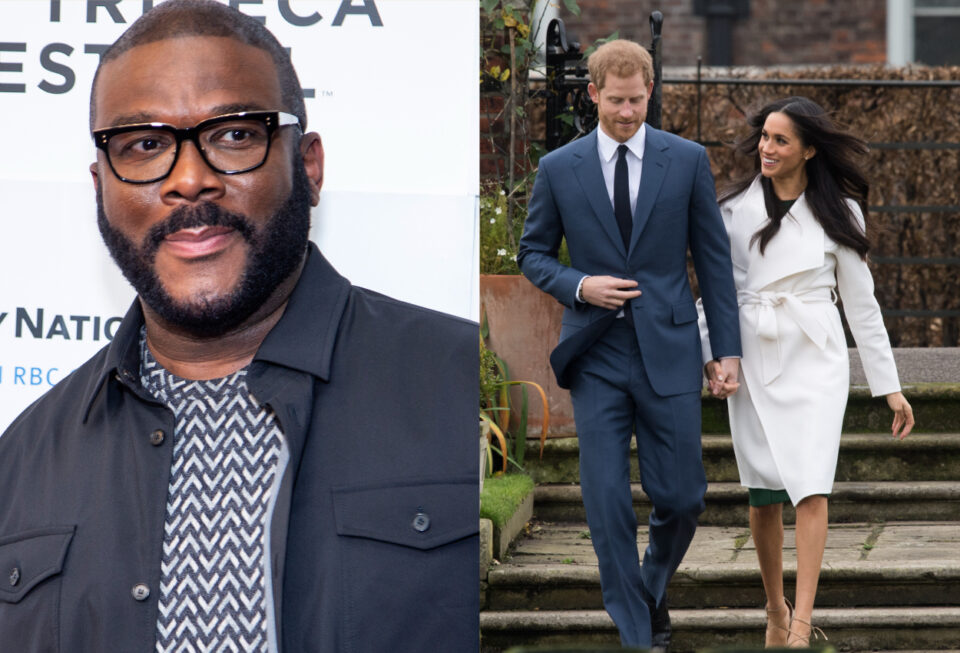 Tyler Perry has always been inspired by the love shared between the Duke and Duchess of Sussex, so when they needed help during their challenging transition out of the British royal family, he stepped in.

The actor and filmmaker recently opened up about his encounter with Meghan Markle and her husband, Prince Harry, after they stepped back from their royal titles in 2020. He also shared how difficult the move was for them which was in part why he offered his $18 million Los Angeles home as a place for the exiled couple to stay.

“It was a very difficult time for them,” Perry, 53, told Today hosts Hoda Kotb and Jenna Bush Hager.

The Madea creator added, “If I don’t have that, what she and Harry have, I don’t want it—that’s really amazing.”

Back in August, Markle revealed that she’d never met Perry before she and her family moved into his estate. She told The Cut that Perry reached out when she married Harry in 2019 to let her know he was praying for her “and that he understood what this meant, and that he could only imagine what it was like.”

“He could only imagine what it was like,” Markle recalled, adding that he advised her to call him if she ever needed support.

Two years later, Markle took him up on his offer and revealed that she was staying in Vancouver, Canada. According to People, security detail was also included during her family’s stay at Perry’s home.

“Sometimes, you can tell your life story to a stranger on a plane as opposed to some of the people that are closest to you,” she told the magazine.

The Duke and Duchess purchased their own home in August 2020 and now lives in Montecito, Calif. with their children Lilibet Diana,1, and Archie Harrison, 3. The couple are currently raising the issue about their children not obtaining His and Her Royal Highness (HRH) titles, leaving them concerned about not having adequate security, as BLACK ENTERPRISE previously reported.