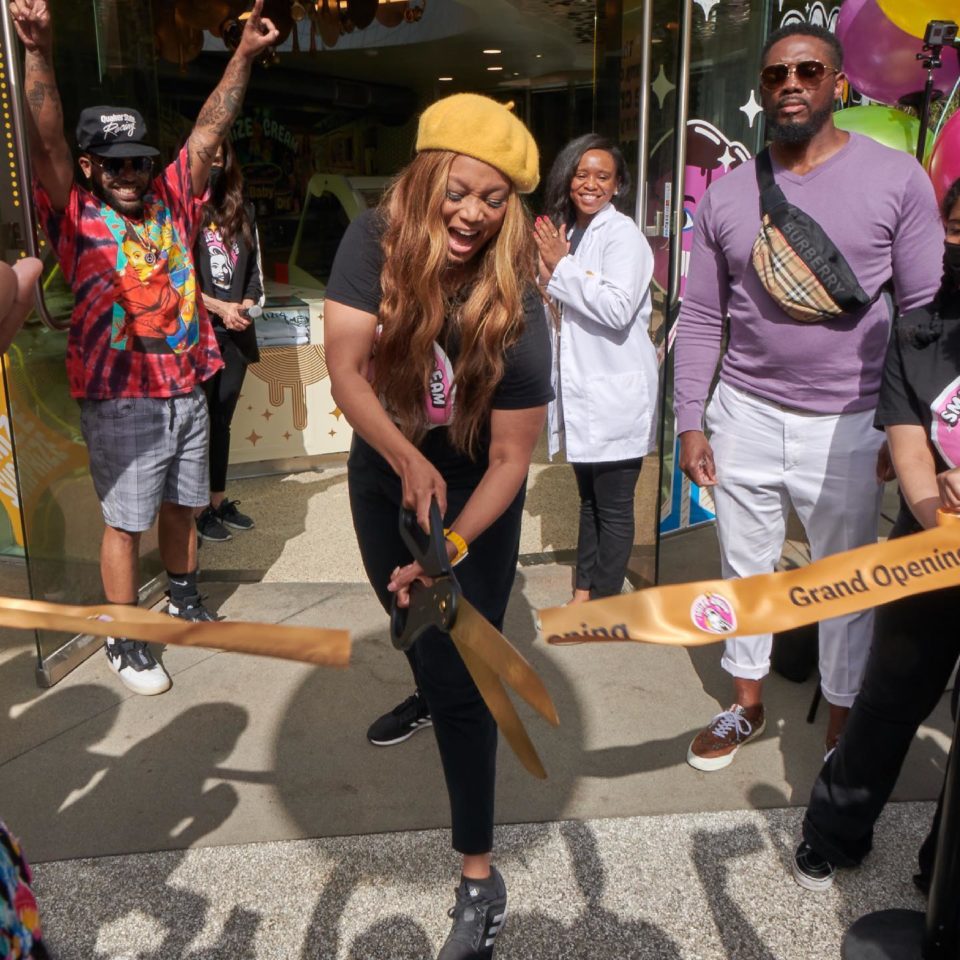 Apparently, enjoying high-calorie scoops of ice cream is not always off-limits for models.

Entrepreneur, model, and actress Tyra Banks is now the owner of the newly launched SMiZE Cream ice cream shop. The trendsetter, who is widely known for gracing the cover of a Sports Illustrated Swimsuit Issue next to Valeria Mazza in 1996, and later hosting America’s Next Top Model, opened the doors of the business in Santa Monica, Califonia.

SMiZE Cream is described as “a super-premium ice cream with an edible surprise in every cup, called the SMiZE SURPRiZE” which is “a fun & delicious discovery that appeals to the kid in all of us,” according to the ice cream’s website details. Playful flavors include The Best Vanilla I Ever Had, Brownies, I Love You, Chocolate Barbeque, Purple Cookie Mon-Star & Me, Salted Caramel King, Caramel Cookie Queen, and Strawberry BirthYAY!

If you are wondering what “SMiZE” means, the ice cream brand’s name incorporates Banks’ “signature modeling expression of “smiling with your eyes,” according to Variety. But there is more to SMiZE than smiling eyes and cool flavors that can help ice cream lovers beat the summer heat. DJ Splitz and Lil Y—which are animated characters “inspired by Banks’ mom and son” have been incorporated into SMiZE’s entertainment component, Variety reported.

“We’re going to do movies and cartoons,” Banks said in the interview. “We have a book proposal about DJ Splitz being the matriarch of the family and her grandson Lil Y who thinks he has magic, but he doesn’t. One day magic happens involving a factory and ice cream, and it changes the fate of their lives.”

And for those who do not live near SMiZE’s Los Angeles flagship shop, Banks has them covered. On July 1 via Facebook, Banks said that the ice cream could be shipped to their doors.

“TOMORROW NATIONWIDE ORDERING BEGINS 🍦 AND #SMiZECREAM AT @SANTAMONICAPLACE OPENS ITS DOORS TO OUR FIRST EVER ICE CREAM SHOP. 🎉 Smize Cream Ice Cream is a dream come true, y’all. Whether you’re in Portland or New York City or anywhere in between, you can get our ice cream shipped to your door! TOMORROW… SmizeCream.com is where you need to start clickin, so we can start shippin! 🍦💛,” Banks said.