UK Leaves EU: Everything You Need to Know About Brexit 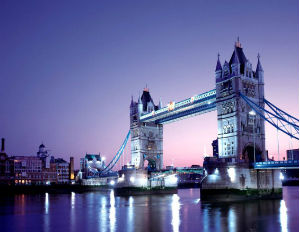 The United Kingdom has voted to leave the European Union, with 52% voting “Leave” and 48% voting “Remain.” Prime Minister David Cameron, who had advocated remaining in the EU, announced his resignation after the results were finalized.

Commonly referred to as Brexit, the complex process of the United Kingdom’s departure from the EU is expected to unfold over the next two years.

Countless global institutions have warned that the United Kingdom’s departure would result in economic chaos, a sharp uptick in unemployment, and a steep decline of the pound. Shortly after the results were released, the pound was recorded at $1.35, the lowest since 1985.

The U.K. has been experiencing a rise in right-wing, nationalist sentiment, fueled by a populist movement ready to blame their frustration with years of economic instability on the recent influx of immigrants entering the U.K. from the Middle East and Africa.

Brexit proponents funneled this anger towards the EU, holding the open border policy at fault while claiming that the U.K. would do a better job of securing borders on their own.

President Obama released a statement on Friday morning, stating, “People of the United Kingdom have spoken, and we respect their decision.”

In a visit to the U.K. in April, President Obama joined Cameron in his opposition of Brexit, warning that leaving the EU could force the U.K. to the “back of the queue” when it came to negotiating trade deals.

Democratic presidential nominee, Hillary Clinton, also mentioned the “special relationship” between the U.S. and the U.K., positioning herself as the best choice to maintain its stability in “this time of uncertainty.” Touching on the right-wing, nationalist undercurrents of the Brexit decision, Clinton noted the referendum results underscored the “need for us to pull together to solve our challenges as a country, not tear each other down.”

Republican presidential nominee, Donald Trump, who was in Scotland attending to one of his golf courses, praised the U.K.’s decision to leave the EU and “take their country back.”

Trump has made anti-immigration rhetoric a cornerstone of his campaign. Drawing comparisons of the Brexit movement with his success in the U.S., Trump stated that now the U.K. “can block anyone coming in they do not think is appropriate.â€

What This Means for Scotland and Ireland

BBC reports that Scotland’s First Minister, Nicola Sturgeon, is pushing for a repeat of last year’s referendum vote to decide whether Scotland should remain in the U.K. or seek independence.

Scotland overwhelmingly voted against Brexit, with 62% in favor of remaining in the EU.

Citing these numbers, Sturgeon called the prospect of Scotland being forced to leave the EU along with England “democratically unacceptable,” and has said that an “independence referendum is now highly likely.”

The Independent reports that Ireland’s Deputy First Minister, Martin McGuinness, has called for a poll considering a united Ireland. As The Independent notes, the EU designates a large amount of funds to Northern Ireland, who also overwhelmingly voted against Brexit.