U.S. Agency to Probe Amtrak Derailment That Killed 3 in Montana 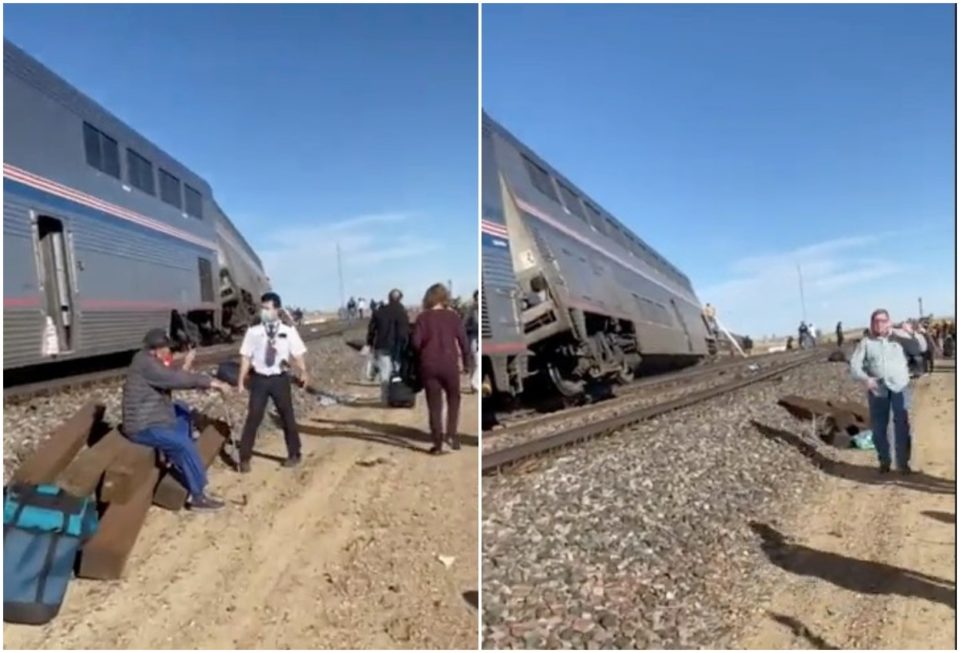 (Reuters) -At least three people died on Saturday and some passengers were injured after seven cars of an Amtrak train went off the rails in north-central Montana, an official at a local sheriff’s office said.

The National Transportation Safety Board said late on Saturday it will investigate the incident.

People trapped aboard soon after the derailment have all been taken off the train, said the official of the Liberty County Sheriff’s Office, who spoke on condition of anonymity.

There were multiple injuries but no final count, the official added. A social media user posted photos of train cars on their side after the incident and other damaged train cars.

The cause of the incident was not immediately clear.

The Seattle-bound Empire Builder train had about 146 passengers and 16 crew aboard when seven cars derailed near Joplin, Amtrak said.

The 10-car train with two locomotives had departed from Chicago.