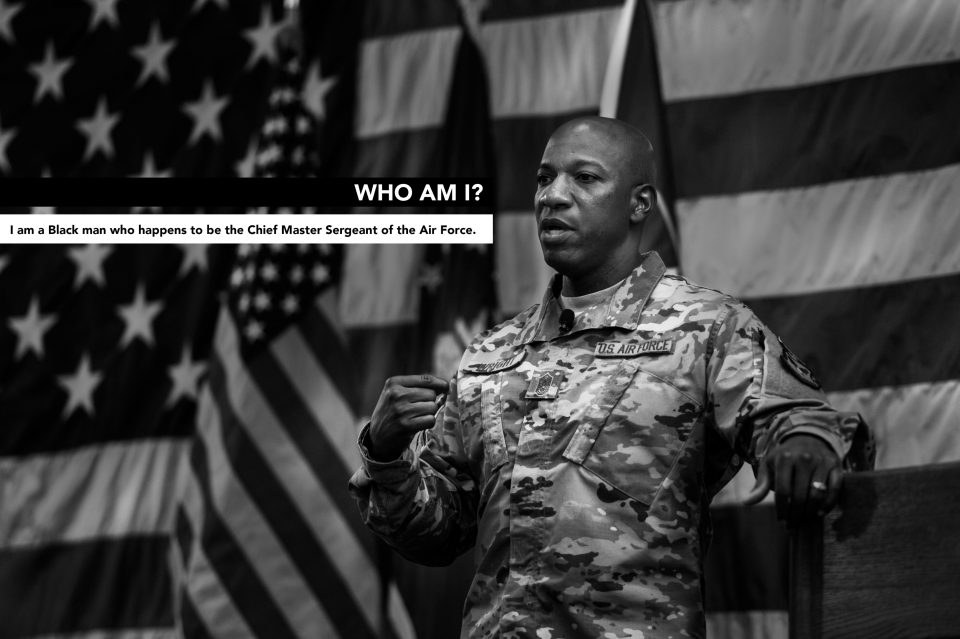 The government response to the recent protests against police brutality, spurred after the viral video of a police officer kneeling on the neck of an unarmed black man, George Floyd, has included local officers in riot gear, shooting rubber bullets, and the use of tear gas and curfews in numerous cities across the country. Some governors have even had the National Guard move into many cities.

But the highest-ranking enlisted leader in the U.S Air Force has used social media to stand in solidarity with the protesters.

Kaleth O. Wright became a viral sensation after writing a heartfelt series of messages denouncing the recent string of police killings, stating the names of George Floyd and others who have died at the hands of racial violence committed by the police.

“I am George Floyd…I am Philando Castile, I am Michael Brown, I am Alton Sterling, I am Tamir Rice,” Wright wrote in a recent Twitter thread of over thirty messages. He went on to express his outrage of seeing black people die on video in front of him stating that his fear that his family may have to one day see a headline reading “that one of our Black Airmen has died at the hands of a white police officer.”

Wright went on to talk about the importance of diversity within the Air Force and talked about his own struggles working his way up the ranks and dealing with discrimination.

“You might think you know what it’s like to grow up, exist, survive & even thrive in this country as a Black person, but let me tell you, regardless of how many Black friends you have, how Black your neighborhood was, or if your spouse or in-laws are Black… You don’t know,” he wrote.

“You don’t know the anxiety, the despair, the heartache, the fear, the rage and the disappointment that comes with living in this country, OUR country every single day.”

I am a Black man who happens to be the Chief Master Sergeant of the Air Force.

I am George Floyd…I am Philando Castile, I am Michael Brown, I am Alton Sterling, I am Tamir Rice.