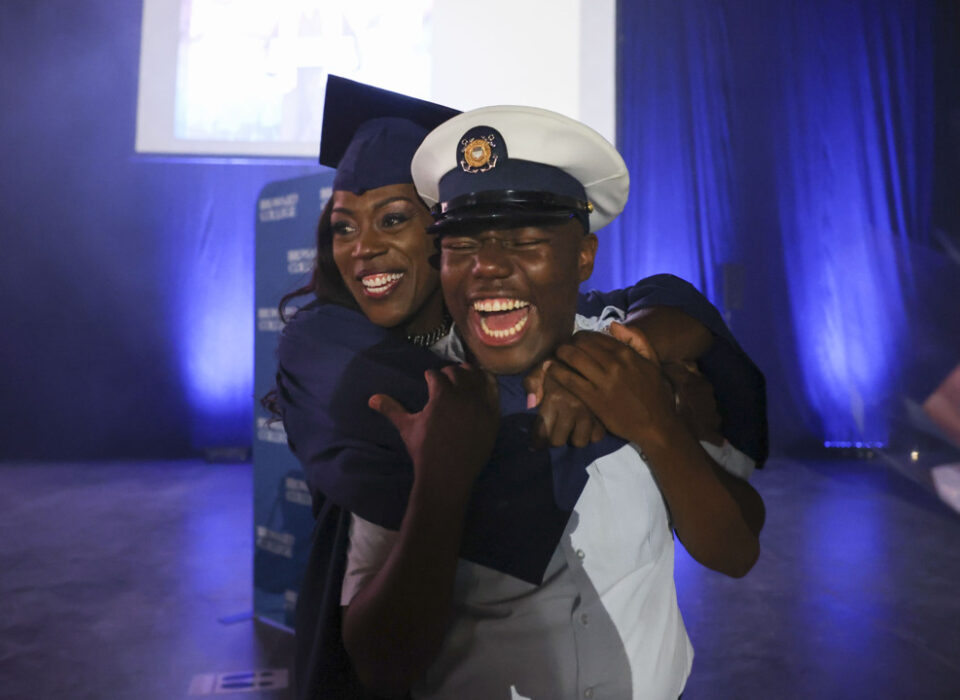 Jennifer Freeman, a single mother, proudly walked the stage on Thursday at the Broward County Convention Center in Fort Lauderdale, the Miami Herald reported. But before graduating, she received a surprise that would make her achievement even more special — a Mother’s Day special.

Freeman was told by her 27-year-old son Marcus Roberts that he wouldn’t be able to attend her graduation as result of his duties as a U.S. Coast Guardsman. He was scheduled to deploy on an overseas mission.

“It didn’t seem like it was going to happen so she was a little disappointed, but she understood I’m serving. Then in March, the deployment schedule got changed, and I figured rather than me just telling her, I would pop up and surprise her,” Roberts told the outlet.

With the help of Broward staffers, Roberts’ plan to surprise his mother took weeks to unfold. He showed up on Thursday dressed in his military uniform with pink and red roses in hand. Just before Roberts’ big entrance, the college intentionally asked Freeman to snap a picture with Broward College President Gregory Adam Haile on stage.

Freeman caught a glimpse of her son and rushed to embrace him. She shouted with excitement and cried in her son’s arms.

The 54-year-old mom, who graduated with her associate’s degree in communications, is a native of Nassau in the Bahamas. Having lost her mother early, she dropped out of high school in the ninth grade to care for her brother and sister. Her education continued to take backseat as her father was absent and she became a teen mother twice.

After moving to the US in 2004, Freeman took pride being able to attend all her family’s graduations. But she recalls wanting to do something about her lack of education.

So, the determined mother got her GED and enrolled at Broward College in the summer of 2020. She was a student while also juggling her full-time job as a dealer at the Seminole Hard Rock Hotel & Casino in Hollywood.

“I want to use my life as testimony,” Freeman said. They need to know they can still make it. There’s still hope. Even if you’re a young mother, don’t just think, ‘Oh my life is over.’ Your life is only over if you think it’s over.”