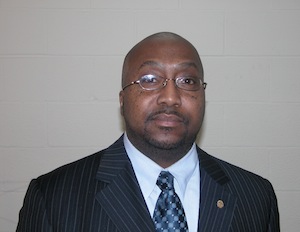 This week on The Urban Business Roundtable,Â UBR contributor Samantha Pass speaks with Clifford Franklin, the president and CEO of FUSE, an integrated advertising agency based in St. Louis, Missouri. FUSE, ranked No. 10 on the 2011 BE 100s Advertising Agencies list with $8.4 million in revenues, generated annual billings of more than $71 million last year, with clients including CNN, Anheuser Busch and IBM. FUSE was also the advertising agency of record for the historic Obama for President campaign in 2008.

FUSE has earned numerous awards and recognition, including being the first Black-owned agency to win “Best of Show” in local, regional and nationally Addy Awards competitions, held by the American Advertising Federation. Franklin, who was motivated to start the firm in 1997 in an effort to change the way minorities are portrayed in advertising, was named Advertising Executive of the Year by Target Market News in 2009. Franklin joins the Roundtable to share how he put his best foot forward on his journey to become an agent of change in the advertising industry.

And finally, every week on UBR, you’ll hear my top strategies for entrepreneurs and aspiring business owners in my “Alfred’s Notepad” segment, get motivation and inspiration from author and entrepreneurial icon Farrah Gray, a weekly wrap-up of business news from USA Today business correspondent Charisse Jones, our Patient Investor Report from Ariel Investments and key economic intelligence for small business owners from our UBR economists Derrick Collins and Rasheed Carter.

See highlights from the 2012 Black Enterprise Entrepreneurs Conference + Expo hosted by Nationwide, May 23-26, at the Hilton Chicago Hotel in Chicago, IL. Check out exclusive video and photo galleries of innovative sessions and high-powered speakers at www.blackenterprise.com/ec/