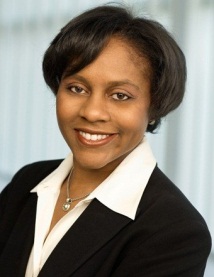 This week on The Urban Business Roundtable, UBR contributor Renita D. Young speaks with Wonya Lucas, the president and CEO of TV One L.L.C., a cable television company focused on providing a broad range of programming for African American adults. Based in Silver Spring, Maryland, TV One earned revenues of $121 million in 2011 to land at No. 28 on the Black Enterprise 100s list of the nation’s largest Black-owned industrial/service companies.

With an extensive background in television, Lucas is the visionary for TV One as it embarks in a fresh direction with bold, original prime-time programming, supplemented by quality content aimed at adults who want to be informed as well as entertained, including Our World with Black Enterprise and the Black Enterprise Business Report. Before joining TV One, she was executive president and chief operating officer of The Discovery Channel. Lucas has also held positions with The Weather Channel, TNT, TBS and CNN, and was named among the 75 Most Powerful Women in Business by Black Enterprise. She joins the Roundtable to talk about her goals for TV One and her journey to the CEO’s seat.

In my “Alfred’s Notepad” this week, I congratulate the latest class of Chicago’s 40 Game Changers, who were honored last week at an event hosted by Ariel Investments and WVON. The 40 Game Changers honors executives, entrepreneurs and thought leaders in areas ranging from the creative arts to education ages 40 and under in the Chicagoland area. Recognized according to selection criteria including vision, leadership, innovation and community engagement, this year’s Game Changers rank among the best and brightest not only in Chicago, but also our entire nation.

And finally, every week on UBR, you’ll get motivation and inspiration from author and entrepreneurial icon Farrah Gray, a weekly wrap-up of business news from USA Today business correspondent Charisse Jones, our Patient Investor Report from Khoa X. Ho of Ariel Investments and key economic intelligence for small business owners from our UBR economists Derrick Collins and Rasheed Carter.