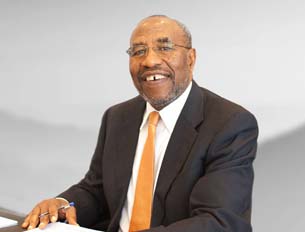 Speaking at an event for the African Growth Opportunity Act, which is U.S. trade legislation that aims to help bolster Africa’s economies, the president said the continent “has the potential to be the next center of global economic growth.”

“Despite its many challenges – and we have to be clear-eyed about all the challenges the continent still faces – Africa is a place of incredible dynamism, some of the fastest-growing markets in the world, extraordinary people, extraordinary resilience,” President Obama said.

To mark the President’s visit, BlackEnterprise.com spoke with Ugandan Prime Minister Ruhakana Rugunda as he joins such notables as Oprah Winfrey and Jesse Jackson to celebrate Nelson Mandela International Day at the United Nations in New York. The Prime Minister is also promoting foreign investment and entrepreneurial efforts in Uganda.

The U.S. has treaded carefully in the region when it comes to investing and trade, due in part to some of the country’s internal socioeconomic challenges.

Last year, the U.S. imported about $50 million from Uganda, but concerns about bureaucracy, infrastructure, power supplies, and energy costs are still big red flags for investment. The World Bank ranks Uganda 150th out of 189 nations in its Doing Business report, which measures the ease of doing business in a country.

Uganda is trying to jump start its ailing economy with efforts that would make it easier for foreigners to do business there and by reducing its high levels of unemployment and poverty with initiatives to promote and support entrepreneurs.

Uganda has the world’s largest percentage of people under the age of 30 — 78% — according to the State of Uganda population report by the UN Population Fund. (Worldwide, there are about 1.2 billion 15- to 24-year-olds. About 200 million are in Africa). Youth unemployment in Uganda, however, is the highest in Africa. A study called Lost opportunity? Gaps in youth policy and programming in Uganda, puts youth unemployment at 62%.Â  The African Development Bank says it could be as high as 83%.

The Prime Minister discussed the country’s turnaround efforts with BlackEnterprise.com.

BlackEnterprise.com: How significant is President Obama’s participation in the Global Entrepreneurship Summit to entrepreneurial efforts in Africa, particularly your country?

Rugunda: We truly welcome this visit.Â  It will benefit and strengthen Africa’s relationship with the U.S. with regard to trade and investment, and it will provide valuable promotion to entrepreneurial efforts. It’s important to see Africans and Americans working together on this.