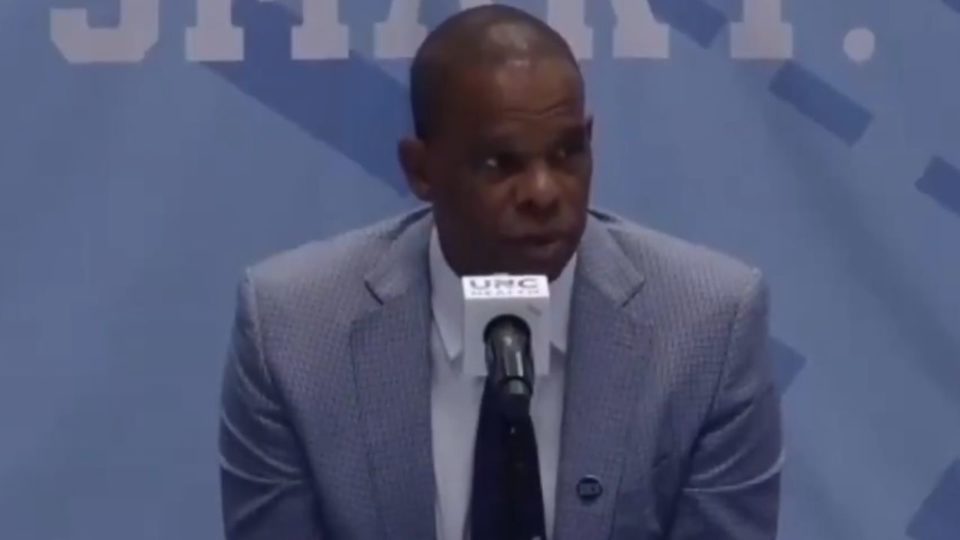 Earlier this week, it was announced that ex-NBA player Hubert Davis was hired as the next coach to head men’s basketball at the University of North Carolina, which made him the first Black man to lead the school’s team. This is a great achievement in itself, yet, Davis had people scratching their heads when he stated during his latest press conference that he is “very proud that my wife is white.”

During a press conference introducing Davis as UNC’s new men’s basketball head coach, succeeding the retired Roy Williams, where facts regarding his hiring were revealed, he felt the need to mention he was married to a white woman.

Hubert Davis on being the 1st Black Head Coach in UNC History. pic.twitter.com/CKLLSJllAj

Davis played ball at UNC from 1988 to 1992 under well-regarded coach Dean Smith, who died in February 2015. The 50-year-old played in the NBA for several teams, most notably the New York Knicks, before landing a job as an ESPN college basketball analyst in 2012.

As an assistant coach at UNC, he helped the men’s basketball team reach the  Final Four in 2016 and 2017 and win the NCAA championship in 2017.

The UNC-Chapel Hill Board decided to appoint Davis at its Trustees meeting Monday afternoon.