LeBron James, Through His Uninterrupted Brand Files Trademark For 'Shut Up And Dribble' 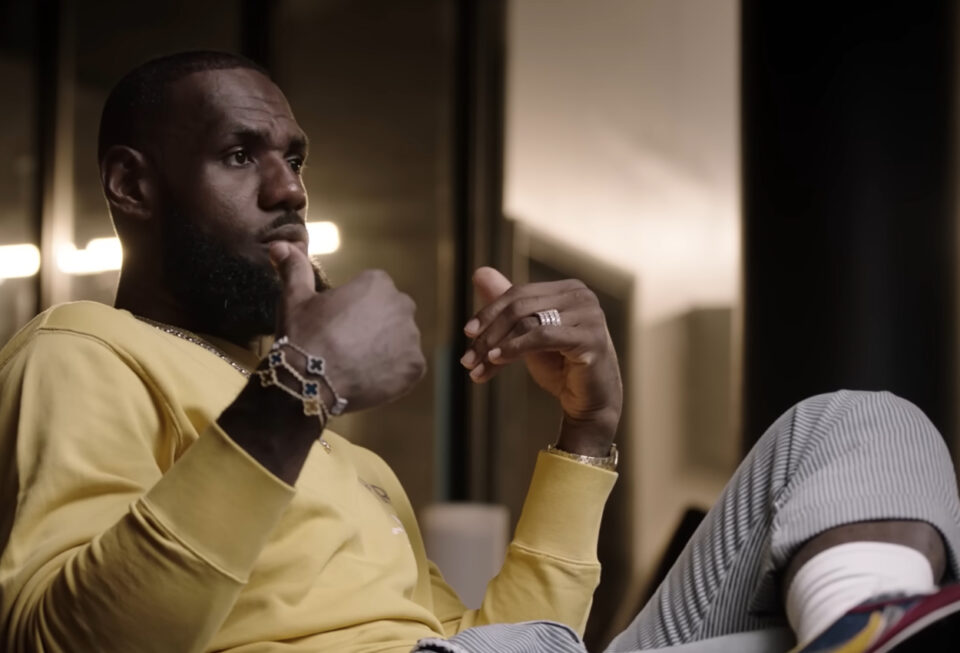 LeBron James wants to trademark the phrase used against him.

According to USA Today, one of the companies under the LeBron James umbrella, Uninterrupted, Inc., filed to trademark the phrase “Shut Up and Dribble” with the United States Trademark and Patent Office last week.

According to the filing, the phrase would be used on various items like “downloadable virtual goods, namely, computer programs featuring footwear, clothing, headwear, eyewear, bags, sports bags, backpacks, sports equipment, art, toys and accessories for use online and in online virtual worlds.”

The phrase was popularized when Fox News’ Laura Ingraham, back in February 2018, chastised James for giving an opinion on former President Donald Trump.

Ingraham chastised James for responding to a political question. she said that James is “someone who gets paid $100 million a year to bounce a ball.”

“Keep the political comments to yourselves. Shut up and dribble,” she said.

NBA.com reported that James responded, “I will not just shut up and dribble. I get to sit up here and talk about what’s really important.”

“We will definitely not shut up and dribble,” James said.

James is never scared to speak his mind. He caused a little controversy earlier this month on his HBO show,The Shop: Uninterrupted, calling out racist basketball fans in Boston for their bigotry.

“They will say anything—and it’s fine. I mean, f—, it’s my life. It’s s— I’ve been dealing with my whole life,” he said. “Like, I hear it. Like if I hear somebody, like, close by, I’ll check ’em real quick. I move on to the game…I got a beer thrown on me leaving a game.”