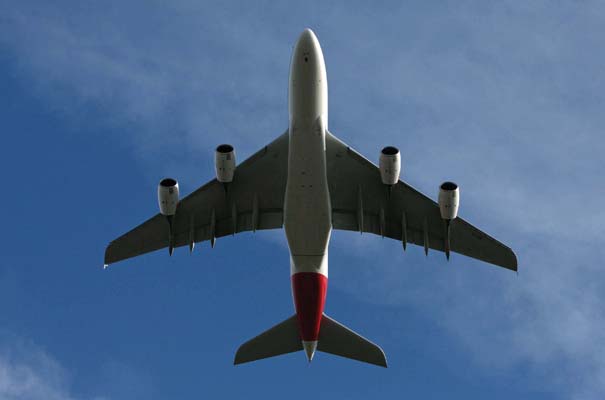 Formerly a division of Dimensions International Inc. (BEâ€™s 2005 BE Industrial/Service Company of the Year), Flight Explorer is a suite of flight-tracking software used by FedEx, UPS, NetJets, and American Airlines. It can also be seen on CNN when the networkâ€™s air traffic specialist, Rally Caparas, delivers his flight and airport delay reports. After the 9/11 attacks, Flight Explorer was used by the government to track commercial aircrafts and was the predominant flight-tracking technology used by news agencies. DI was acquired by Honeywell in 2007 and Flight Explorer was sold to Sabre Holdings in 2008.

A number of major domestic airline carriers in the U.S. are contemplating a complete shutdown of passenger service flights due to the coronavirus outbreak.

According to an article by The Street, more than 9,000 flights were canceled Tuesday and another 9,000 were canceled early Thursday. The flights that weren’t canceled may have had just a handful of passengers.

Additionally, The Wall Street Journal reported major U.S. carriers, including American, Delta, and United, are currently drafting internal plans for a shutdown if the outbreak gets worse. Alaska Airlines has cut roughly 15% of its normal schedule through March and Southwest is cutting 1,000 flights per day between now and April 14.

Airline companies are considering shutting down to save money and cut the spread of the virus as social distancing has become paramount during the outbreak. Some flights have been canceled simply because there weren’t enough passengers on board to justify taking off. According to the Journal, one flight between New York and Washington D.C. that was canceled had just three passengers.

The coronavirus relief package, which the Senate and White House agreed on early Wednesday morning, will allocate around $500 billion in direct loan support to the airline industry. The coronavirus outbreak has led to significant financial losses not seen since the Sept. 11 attacks.

The coronavirus pandemic has hit many industries hard. Business Insider reported 4 million people’s jobs in the industry could be lost. American Airlines is also allowing flight attendants and staff to wear masks to protect themselves during flights.

“While the [Centers for Disease Control and Prevention] isn’t recommending that airline crews wear masks, we understand many of our crew members are concerned and have asked about our mask policy,” American Airlines spokesman Josh Freed said in a statement. “As a result, we have adjusted our policy on a short-term basis as the situation evolves.”