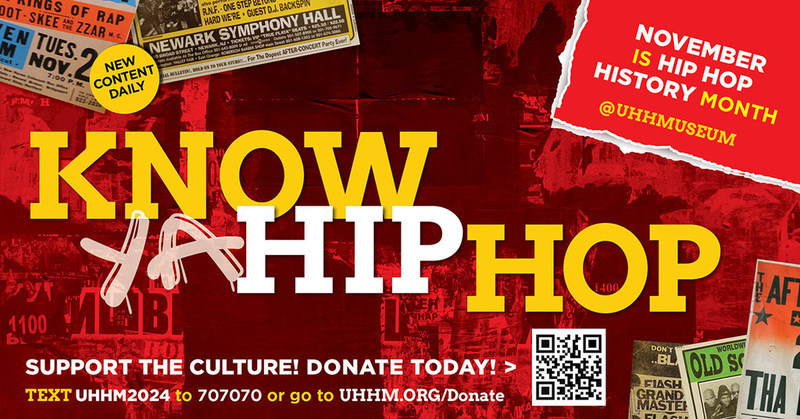 Hip-hop is getting its just due from the US government! The Universal Hip Hop Museum (UHHM) announced that Congress has declared November as National Hip Hop History Month.

Congressman Jamaal Bowman (D-NY) and Congresswoman Maxine Waters (D-CA) co-sponsored Resolution 331and succeeded in getting it passed. Under the leadership of Sen. Chuck Schumer (D-NY), the US Senate passed it, and designated November 2021 as “Hip Hop History Month.”

“Back in July, I was asked by Congressman Jamaal Bowman to help review the language being used to create the Resolution designating August 11th as Hip Hop Recognition Day and November as Hip Hop History Month,” Rocky Bucano, the founder and president of UHHM, said in a written statement. “Little did we know it would pass!”

The ‘KNOW YA HIP HOP’ campaign hopes to enlighten everyone around the world to a greater definition of the culture that was started almost 50 years ago on Aug. 11, 1973.

In a press release, Bucano said, “UHHM will celebrate the inaugural Hip Hop History month celebration with a collection of rare event flyers, artists interviews, historical factoids, and a special tribute to Violator Management founder Chris Lighty. As President of the Official Record of Hip Hop, I take great pride in preserving and celebrating the work and contributions of the culture’s original architects.”

The campaign seeks to help the public educate itself on hip-hop’s impact as a culture. Bringing the significance of the influence of this culture on history and acknowledging its “universal” spirit, which showcases that hip-hop is inclusive and brims with diversity, creativity, and social equity.

“Hip Hop is my life. Hip Hop saved my life. Hip Hop gave me knowledge of self. Hip Hop is who I am,” Congressman Bowman stated. “The celebration of hip-hop history and the study of it is essential to our democracy, our innovation, our voice, and who we are as human beings.”

“Hip-hop is an honest story of communities around the world and provides the opportunity to increase understanding and create a pathway forward for all of us,” Bowman said.