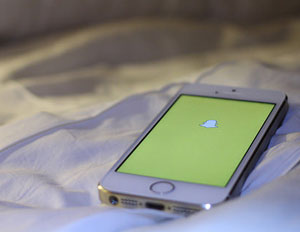 Viacom and Snapchat have reached an extension on a deal that will allow Viacom to sell advertising on the app’s behalf, according to reports.

Viacom will now have the right to sell against its own content on Snapchat and the app’s advertising inventory, a Snapchat spokesman told Reuters.

Snapchat’s “Live Stories,”Â which curate user posts in specific geographic locations or during large holidays, is included in the agreement, the spokesman added. Last year, MTV drew 12 million users to a Live Story for the VMAs, the Los Angeles Times reports, compared with only 5 million who watched the main telecast.

Viacom, which owns popular networks including BET, Comedy Central, and MTV,Â is the only television company to have this arrangement with the app, he said. Under the deal, Snapchat cannot sell ads for Discover channels or Live Stories that are tied to other media companies or made for outside the U.S.

“We believe we are a great fit,” Viacom Chairman and CEO Philippe Dauman told analysts on a conference call. “I don’t want to toot our own horn, but they saw in us the most forward-looking ad-sales group out there.”

Experts say it’s a huge deal for Viacom which has seen drops in revenue and the move is a hopeful one in terms of boosting ad sales. Viacom’s shares fell Tuesday, according to reports, more than 10% to $36 a share–a new 52-week low.

“This deal between Viacom and Snapchat is a major step forward in the evolution of the marketplace, made possible by our shared focus on young audiences and Viacom’s content expertise, proprietary targeting, custom marketing solutions, industry-leading sales force, and our global strength,” Dauman said.

No details of the financial terms of the deal were disclosed.