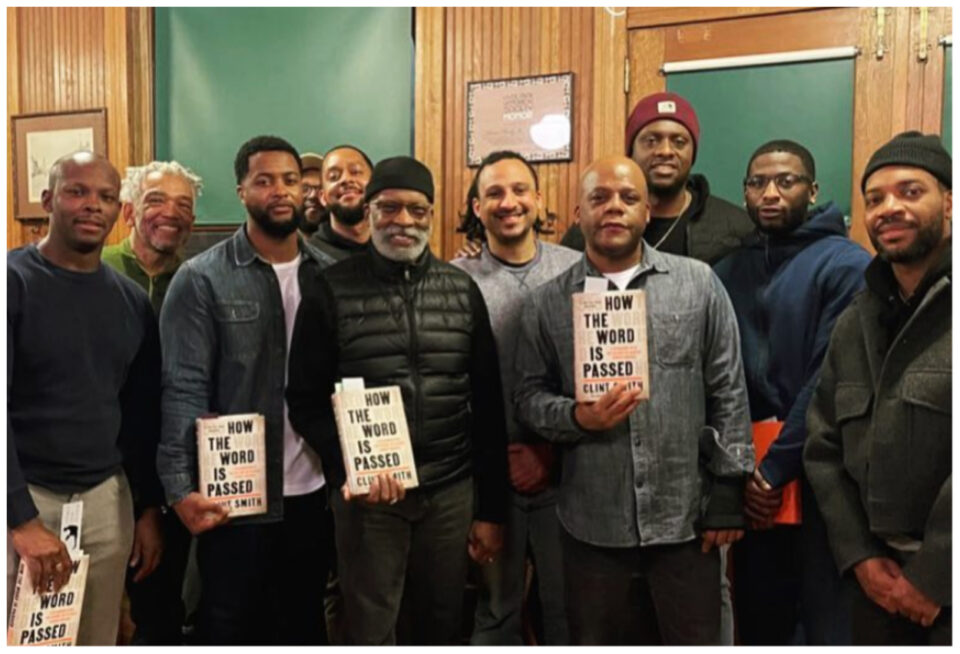 A new book club in Chicago for Black men to discuss art, books, and culture has arrived.

The Visible Man Review was created by attorney, Alex Breland, in January of 2021during the pandemic.

The group’s name was inspired by the book “Invisible Man” by Ralph Ellison and has about 25 members between the ages of 30 and 75. The Visible Man Review serves as a safe place outside of sports where Black men can experience camaraderie and community. Breland told the Chicago Tribune that members of the group also discuss subjects such as religion, youth and generational divides.

“This isn’t just about us pounding our chests; it’s about learning,” Breland said. “We should be challenging each other. The beauty of it is we’re talking about the book but talking about art, poetry and other things they read, other things they’ve watched and you realize, ‘Man, these are some dynamic folks. How else would I get this?’”

Breland reached out to friends and colleagues when he began the club, and the group first met during Zoom sessions before they began meeting in person on the last Thursday of every month. A new book is chosen every month, and Breland says that each member is encouraged to recommend books for group to read. Some of the books chosen so far have been “The Plot Against America” by Phillip Roth, “Things Fall Apart” by Chinua Achebey and “The Secret Lives of Church Ladies” by Deesha Philyaw.

Former chemist and art collector, 75-year-old Patric McCoy, has gotten other men to join the group and said that reading “Three Girls From Bronzeville” — a book about how racism and violence impacted the lives of three girls growing up in Chicago — prompted conversations about fathers and daughters that he had never heard Black men discuss before.

“Because so many of the guys in the group have daughters, they started talking about the concept of men fathering daughters, issues that I have never heard Black men talk about,” said McCoy. “There’s a whole world of issues that Black men have experienced and until now we have not had the mechanism to talk about those things.”

Breland said that the Visible Man Review is worth sharing and has created a Twitter account as well as an Instagram page to spread the word.