From Wall Street to Redefining Financial News For Black Professionals 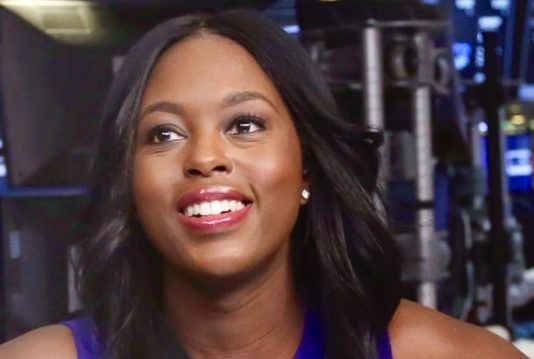 Kori Hale has spent just over six years away from her desk on Wall Street, but the startup founder of CultureBanx—which is trying to redefine business, finance, and tech news through the lens of black professionals—still introduces herself as an investment banker.

Hale was indeed an investment banker in her past life. She worked for UBS Investment Bank in London and as an investment banker for Goldman Sachs in New York. As much as Hale loves the financial news business, it was a different mission that spurred her to launch her own business.

“While I was at Goldman (Sachs), one of my desks at the time was on the floor under one of the TV screens and I remember looking up and saying hey, I can’t relate to any of this content, which is the normal gamut of business news shows on CNBC, Bloomberg, and Fox Business,” Hale said. “In that moment I thought, ‘I could be doing that.’”

A couple of years later, Hale would leave Wall Street for a career path that would give her access to the inner workings of the same shows she talked about. First, as an international segment producer for Bloomberg LP, then The Street, and later CNBC.

“At first, the thought that came to me was finding a job that was going to be on-camera because that was what was missing, I thought at the moment,” she said. “People just needed to see someone that looks like them. ‘Oh, that person looks like me, I can relate to that person’”

She joined Cheddar in the fall of 2016, becoming the first black woman to anchor a daily news show from the floor of the New York Stock Exchange. From real estate reality star Ryan Serhant, comedian Lisa Lampanelli, fashion designer Tory Burch, astrophysicist Neil Tyson, Hale interviewed them all. Yet, she felt she wasn’t reaching her target demographic. A year spent at Cheddar gave Hale the clarity she needed.

“I couldn’t do it by just being in front of the camera. I had to take a bigger stake in the overall process of creating this targeted news content,” she said. “That’s when I decided to launch my own company because I already knew the business side of the media, I just needed to bring it together and that’s what I’m doing with CultureBanx.”

A year after joining Cheddar, she resigned to launch CultureBanx, which she describes as the “perfect amalgamation between Bloomberg and Black Enterprise that’s never existed.” The minimalistic website explains some of the most high-profile financial news stories of the week in short-form, 300-word articles. The media startup publishes a weekly newsletter, sent directly to subscribers’ inbox. Hale also voices a daily 90-second audio news brief breaking down economic and financial stories into easily digestible market news.

“I am trying to reach all black professionals that care to see not just themselves in the content but care to see a change in their community in the way that business news is delivered to them,” Hale said. “Black and brown kids grow up in communities every single day where they have no idea how the financial markets shape their world. And they’re not engaging with the traditional media that’s out there, broadcast or print, because that traditional media is not trying to engage them. Only CultureBanx is saying, ‘Hey, yeah we listen to Migos too. Let me tell you how this Migos song actually relates to this Tesla story. Let’s talk about how 2 Chainz’s song relates to what’s going on in the Dow today and why this matters to you.’” 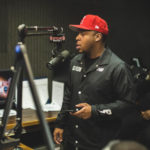 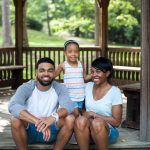