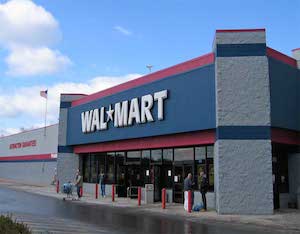 On Thursday Feb. 19, Walmart President and CEO Doug McMillon made an exciting announcement in a letter to associates, outlining a brand new approach for jobs the company offers. The most immediate change to take effect will be raising starting pay, and Walmart U.S. will begin to provide opportunities for higher salaries based on an individual’s job performance.

By April, entry wage will be raised to at least $9 per hour and by February 2016 all current Walmart employees will be earning a minimum of $10 per hour. CEO McDillon also stated the launch of a new innovative program to help future associates by allowing new employees to join Walmart at $9 an hour or more, along with a six months period of receiving skills-based training and upon completion of the program, new employees will be guaranteed to make at least $10 per hour. In regard to manager positions, starting wages will be increased in designated roles to at least $13 per hour this summer and $15 an hour by early 2016.

In addition to the company being committed to helping associates earn higher pay and further their career, Walmart also committed $100 million over the course of five years to help fund the creation of career paths in the retail industry and related industries such as logistics, hospitality, wholesale.

Watch the full video of the announcement below: