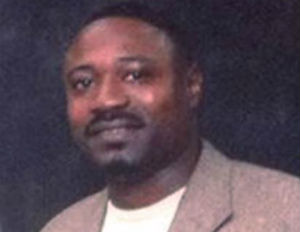 On Tuesday, April 7, white police officer Michael T. Slager was charged with the murder of Walter L. Scott after a video of the shooting incident was leaked to the public. The video has been featured on hundreds of social media outlets since it surfaced, where it clearly shows an unarmed Scott running from Slager, who then proceeds to shoot him in the back, killing him.

According to reports, Slager, 33, said he had feared for his life because Scott, 50, had taken his stun gun in a fight after being stopped at a traffic light on Saturday, April 4. On Tuesday evening, North Charleston Mayor Keith Summey announced the state charges at a news conference.

[BELOW: Watch Video of the Shooting]

After a series of high-profile racial cases—such as the shooting death of Michael Brown andÂ Eric Garner, who died after being placed in a chokehold by a police officer—occurring in such a short span of time, the Scott case has sparked more fire and fueled nationwide debate on #BlackLivesMatter and the correlation between police brutality and black lives. According to data, North Charleston is South Carolina’s third largest city, with an estimated population of 100,000. African Americans make up 47% of its residents; whites make up about 80% of the city’s police department.

“When you’re wrong, you’re wrong. And if you make a bad decision, don’t care if you’re behind the shield or just a citizen on the street, you have to live by that decision,â€ Mayor Summey said during the news conference. According to a new report, Scott’s brother Anthony has asked for peace in the community, and the world, stating, “We don’t advocate violence, we advocate change.â€

Be sure to view the storify below, which shows Twitter reactions to the news. Keep up with this story by using the hashtag #WalterScott.