Want to loosen up? This Studio in Atlanta Offers Trap and Twerk Yoga - Black Enterprise

Want to loosen up? This Studio in Atlanta Offers Trap and Twerk Yoga 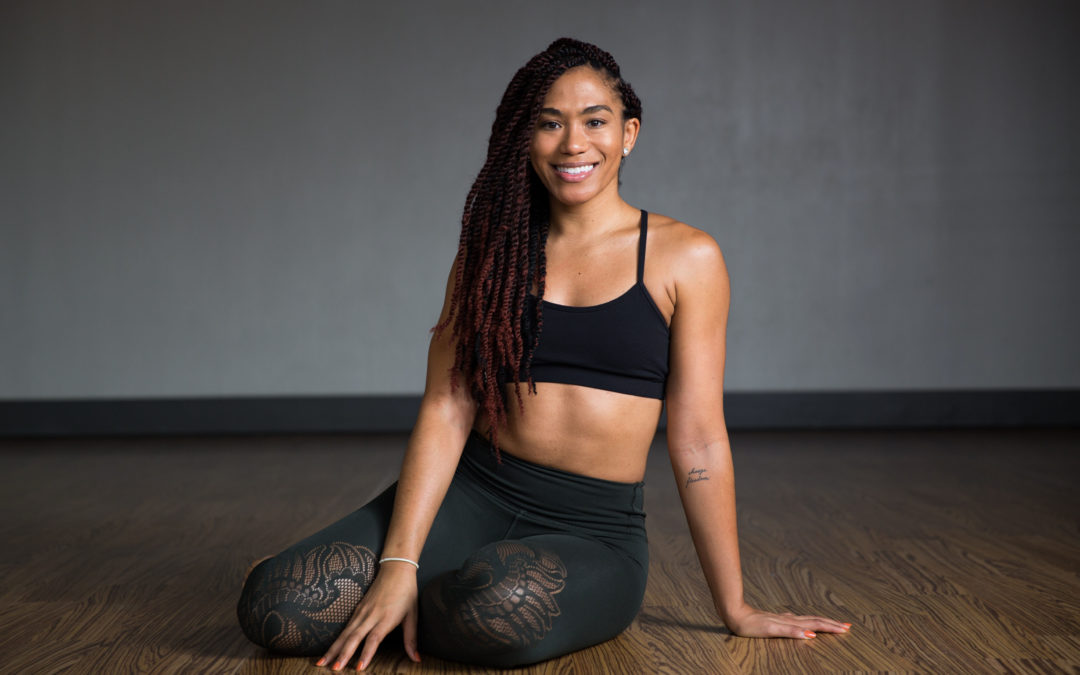 The headline for this article is a little risqué for a BLACK ENTERPRISE article, but, we’re glad we caught your attention! Now that we have it, meet Deaundra Audrey Cash, founder and CEO of Level3 Yoga, the only hip-hop yoga studio in Atlanta. Level3 Yoga is one of five black women-owned studios in Atlanta—and Cash has made it a point for her studio to be centered about wellness, mindfulness, and the liberation that comes with twerking. Yes, you read that correctly.

After falling in love with yoga nine years ago in Los Angeles and becoming an instructor; the lack of diversity within the industry and her personal wellness journey inspired the business idea of opening a studio of her own.

“I started teaching at a really prominent studio in Atlanta. I was running into a lot of issues. I couldn’t play the music I wanted to play, short white women who don’t have the same bodies as we do were telling me cues that physically do not work in my body, and they were asking me to open my hips in ways that does not work for black women. After sort of discovering this type of yoga that I wanted to teach, I thought, ‘OK, it’s time to open up a studio.’ 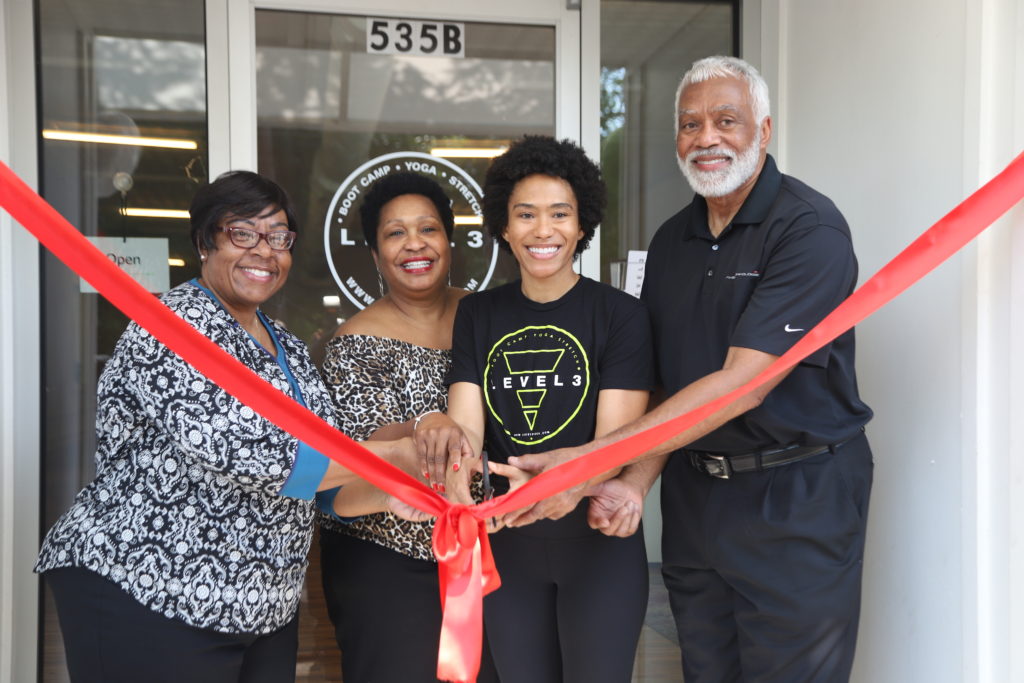 “I literally forced myself to open the studio. I’m so big for mental health and there are so many stigmas around mental health when it comes to hip hop culture.”

Debunking the myths about yoga

While the practice of yoga has become more popular within the black community and hip-hop culture, Cash understands that there is a level of education that she has to implement in teaching people that yoga is for them too, beyond the physical elements.

“There’s a few ways that I’m trying to help black people understand [yoga]. One way is, of course, through the music. The other way is through the presentation of the class. It’s also understanding that yoga goes so much further than the physical. So many people look at the physical poses, and they’re like, ‘Oh, I can’t do that,’ and I’m like, ‘technically you can,’” Cash explains.

In addition to the physicality of yoga, Cash has a heavy emphasis on mental fitness. After winning her own battle with depression, it was important to create a space where others could gather and be supported on their journey to wellness.

“I want to unapologetically help black people because I think we have been under-served when it comes to health and wellness. And that doesn’t just have to be just through yoga, but mindfulness, and deep breathing as well,” says Cash.

Wellness is the ultimate goal

Level3 Yoga incorporates hip-hop in lieu of the more common meditation music typically played during yoga. In any given class, students can see themselves in the work that Cash is doing. 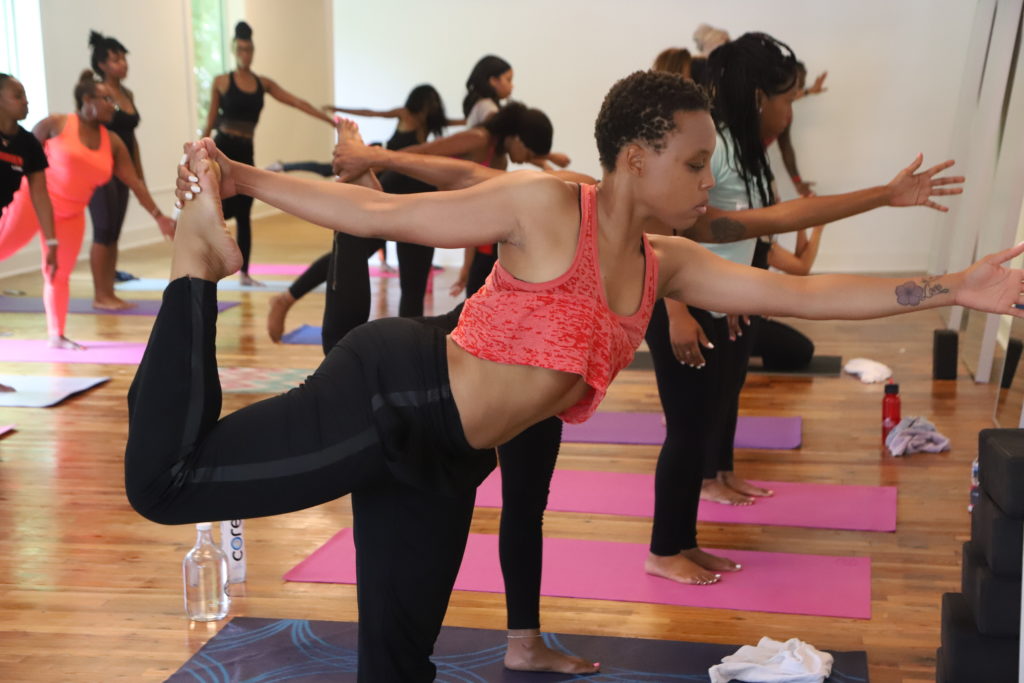 “Twerk yoga was created to not only work the lower half of the body but to teach twerking techniques that can be used for exercise outside of the studio.”

Cash’s goal is to make yoga feel like everyday life.

On any given day, Cash says that you can find students are singing along, allowing the brain to focus less on the physical exertion, which actually leads to them unconsciously holding poses for longer periods of time.

As a new business owner and entrepreneur, Cash says that one of the most poignant lessons that she has learned is that she cannot lean into excuses or emotions when it comes to building a business. “You have to be willing to work. I had to understand that it does not matter if I don’t feel like waking up and going to work. I have to work every single day and I have to take out my emotion of how I feel.”

While owning and operating a studio costs money, Cash says that building her network is a high valued currency.

Level3 Yoga offers six all-level class formats and welcomes all to take classes. And Cash has this charge to those looking to give yoga a try. “Take five minutes to sit down and be quiet. And in that stillness, really understand what works for you and be unapologetic about what works for you.”