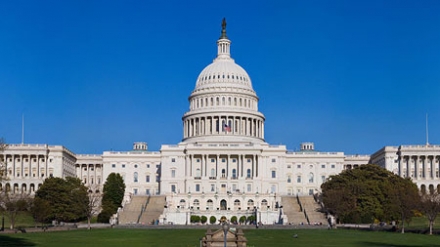 Some high profile members of Congress are joining forces to make sure that minority and women asset managers are in the mix when it comes to managing federal pension funds.

Congresswoman Maxine Waters (D-CA), ranking member of the Financial Services Committee, Senator Elizabeth Warren (D-MA), Congressman Gregory Meeks (D-NY), and Senator Corey Booker (D-NJ), announced the creation of a “working groupâ€ committedÂ  to addressing this issue at a July 9 half-day summit, which also included members of the Obama Administration, senior investment professionals, and trade associations. It was the first summit of its kind.

“We will continue this critical dialogue with the formation of a Congressional working group charged with addressing the long-standing barriers to inclusion that for far too long have kept high-performing minority and women-owned asset management firms out of federal retirement plans and endowments,â€ said Congresswoman Waters.

“Deeply imbedded inequalities and policies that exclude diverse asset managers have been limiting for too long. Only by directly confronting these stubborn policies, starting with federal agencies, can we end long standing disparities,â€ added Congressman Meeks.

At the moment, only one firm, the Black Rock Group, manages the $439 billon Thrift Savings Plan (TSP), which is a defined contribution plan for government employees, retirees, and members of the uniformed services. The plan has 4.7 million participants.

“Studies show that minority- and female-owned private equity firms and hedge funds consistently outperform their peers. It’s time for federal agency retirement plans to get with the program and begin recruiting a generation of asset managers that looks more like the workers in their agencies,â€ said Senator Warren.

Some federal agencies have already taken steps toward increasing diversity in the asset management pool. The TSP recently announced “conceptual support of a mutual fund windowâ€ that would potentially allow minority and women-owned firms an opportunity to participate in the management of funds in the TSP. Another agency, the Pension Benefit Guarantee Corporation, also announced a Small Asset Managers Pilot Program to address the barriers to competition.”

34% of federal employees identify themselves as minority. Senator Booker says that should be reflected in the asset management pool. “The federal government should have professionals managing their pension plans who reflect the diverse makeup of the hardworking employees who faithfully contribute their hard-earned money into the federal retirement system,â€ says the New Jersey Senator.