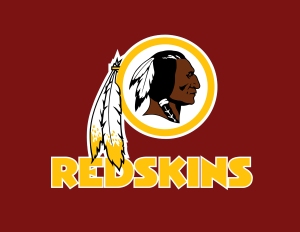 This past Sunday, the FedEx Field in Landover, Maryland played host to more than 100 demonstrators who were protesting Washington’s NFL team.

According to The Washington Post, organizers had hoped for a larger turnout, but were in full display to raise angst and awareness about the Redskins’ name and mascot during the final game of the season. The crowd reportedly formed at a church a short distance from the stadium before marching up a road heavily trafficked by Washington fans going toward the stadium from parking lots.

Within the crowd, there were protesters of all ages, colors, and creeds, as both Native Americans and activists of other ethnicities, held signs and chanted sayings as people walked past. Public support for the use of the name has diminished at a rapid rate among news outlets, as well as several TV commentators. The U.S. Patent and Trademark Office even canceled the team’s trademarks, claiming the name is “disparaging to Native Americans.â€ An appeal is still pending.

Daniel Snyder, the Washington Redskins‘ team owner, has insisted that the name won’t change. He even created a foundation intended to help indigenous communities, claiming that his team’s mascot wasn’t one of the “genuineâ€ issues facing American Indians. Making matters worse are the supporters of the team’s position who often point to Native Americans who say they aren’t bothered by the name. Opponents of the team name argue that a lack of consensus among the nation’s 566 federally recognized tribes and millions of Native Americans does nothing to invalidate the objection.

It’s the damaging attitude that many find offensive, as the Washington Redskins built their millions and professional reputation on Native stereotypes and mischaracterizations that contribute to a blatant disrespect for indigenous people. The National Congress of American Indians and the Change The Mascot campaign have launched a fundraiser to create a new ad against the name. To date, they’ve raised more than $20,000, which will help pay for a digital campaign. Equally interesting is the fact that the NCAI released a deeply moving video that spoke to the legacy of Native Americans and their communities, earlier this year.

The group plans to have a new video ready for the upcoming Super Bowl in 2015.